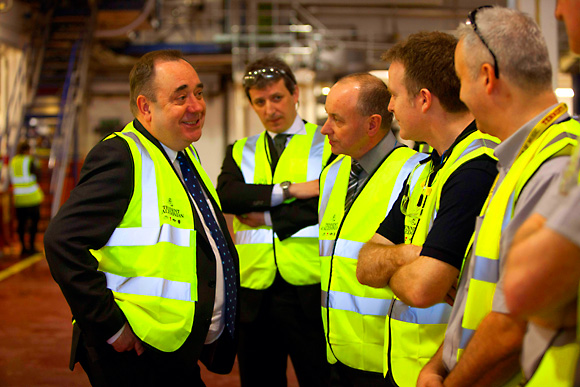 FOR seven years in a row exports of Scotch whisky have risen steadily, making a welcome contribution to the UK’s balance of trade.

Now the brewer of Scotland’s leading lager brand is hoping beer can emulate the trend.
As Tennent Caledonian Breweries welcomed First Minister Alex Salmond to open its new bottling line at Wellpark in Glasgow last month, the brewer confirmed plans to rebuild its export presence.
Although historically a major exporter of beer, with significant markets in North America, Canada and Asia in the late 19th and 20th centuries, TCB’s focus overseas was said to have lessened under previous owner A-B InBev.
Now bosses at C&C Group, which acquired the Tennent’s business in 2009, are looking to rekindle that success.
A new managing director, Joris Brams, was appointed to its international division earlier this year.
The Belgian’s remit is to take Tennent’s lager and export products like Tennent’s 1885 to countries with significant ex-pat communities, chiefly North America, Canada and Australia, though Italy (where three products will be launched this year – Tennent’s Scotch Ale, Tennent’s Extra Lager and 1885) and South America are also in its sights.
Ireland is an increasingly important market for Tennent’s, too, where, according to the firm, it’s now available in more than 1200 pubs.
John Gilligan, who heads the TCB sales operation in Scotland, said it was an exciting time for the brewer – at home and abroad.
“We have a brilliant heritage to take overseas, and of course we have second and third generation Scots and ex-pats to look at,” he told SLTN.
“We know that outwith that [population] there’s a great opportunity for us in North and South America, Australia, Canada – they’re big beer drinking nations so there’s nothing to stop us taking a little bit of the share.
“We’re looking at countries that have an affinity with Scotland, like Italy, where we’ve just launched a new beer.
“South America comes into that category as well.”
Gilligan added that the C&C cider portfolio, spearheaded by Magners, was integral to the export drive, allowing the company to present a powerful sales package to potential stockists.
The new owner of another big name in Scottish beer, McEwan’s, has similar export ambitions.
Bedford-based Wells & Young’s, which acquired the McEwan’s brands from Heineken last year, confirmed it’s in “active conversations with numerous markets”.
“We receive a steady stream of enquiries from consumers all over the world, particularly in the States,” marketing director Chris Lewis told SLTN.
“We plan to launch into export imminently, looking at McEwan’s Export as one of the key offers to drive the brand’s presence overseas.”
And it’s not just the big boys which are taking their brands overseas – it’s a focus for craft producers too.
Edinburgh-based beer firm Innis & Gunn has established a US subsidiary as it seeks to command a share of North America’s lucrative craft market. Exports now account for 83% of sales, with the company reporting growth in the key markets of Canada, the US and Sweden in the three months to the end of March.
The growth builds on the company’s last full-year results, published in September, which revealed that said exports accounted for 75% (£3.9 million) of sales by value in 2010.
Scottish microbrewers are also getting in on the act, with the likes of Harviestoun, Brewdog and Inveralmond shipping Scottish beers abroad.
Speaking to SLTN last month, First Minister Alex Salmond praised the contribution food and drink exports, which reached an all-time high of £5.4 billion (£4.2bn generated by whisky) last year, make to the Scottish economy.
“Food and drink has been part of our programme for the last four years and a lot of the initiatives we’ve made are paying dividends,” he said.
“Take the whisky industry which we helped negotiate GI status for in China last year.
“It has transformed the prospects for Scotch whisky in China.
“But the whole sale and promotion of food and drink from Scotland, emphasising quality, is the future, both for the trade in Scotland and exports.
“That’s what people want in the modern world and that’s what a lot of the drinks industry in Scotland is able to supply.” 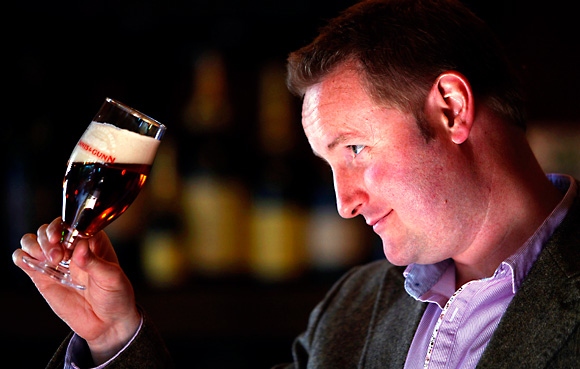