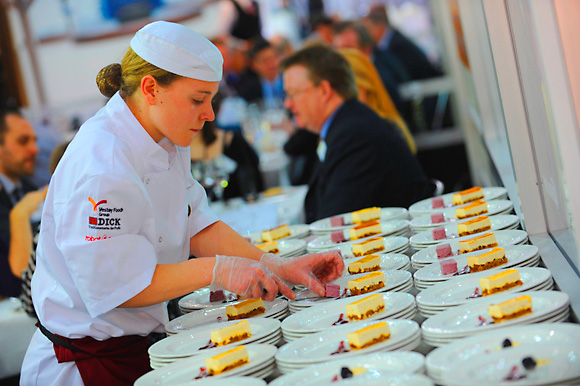 MORE than 600 awards were handed to professional chefs last month as part of hospitality industry trade show Hotelympia in London.

More than 80 contests were held during the five-day event, including the World Association of Chefs’ Societies (WACS) Global Chefs Challenge and Hans Bueschkens Trophy, and the British Culinary Federation’s Chef of the Year contest.
The contests took place in Hotelympia’s Salon Culinaire area, which was dedicated to culinary talent and skill.
Salon Culinaire director Peter Griffiths said that the various competitive events held at this year’s Hotelympia “helped to draw the crowds to what essentially was a masterclass in the culinary arts”.
He added: “Across the board we have seen a really high standard from each and every competitor.
“I wish to extend my congratulations to everyone involved.
“The sheer number of gold medals awarded this year is testament to just how good some of these young men and women are.”