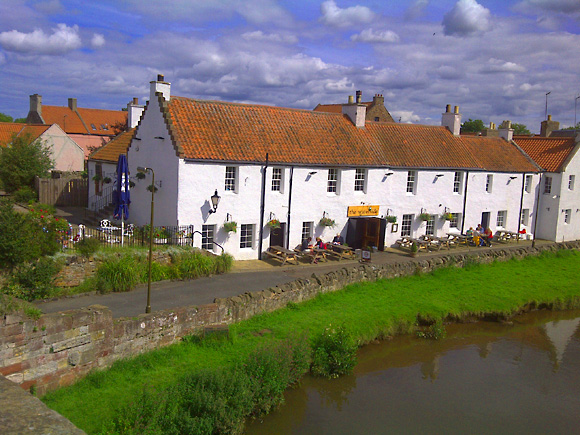 THE family market can provide a loyal and rewarding customer base for outlets – as long as they are willing to go the extra mile.

Family-friendly outlets told SLTN last week that it pays to make an effort when catering for families.
And that means offering something different to the usual kids’ fayre.
“The unfortunate thing about the Scottish hospitality trade of old was that they ‘suffered’ children,” said Stephen McDonald, owner of Room bar and restaurant in Largs.
“It’s only recently that [the trade] has started to appreciate that all children are is young customers.”
Families account for a sizeable share of Room’s business, and the outlet has three separate kids menus: a ‘cheeky monkey’ lunch box, which includes a sandwich, juice and a Milky Way; a build your own pizza menu, where children can pick their own toppings; and an a la carte kids menu.
However, McDonald said it’s important to remember to appeal to more than a family’s youngest members – to provide the best experience for the family as a whole, a menu should have something for all generations.
Ensuring that kid’s meals are healthy and nutritious has also become a greater concern in recent years, as well as a major focus for the Scottish Government-funded Healthy Living Award.
Barbara McDougall, development officer for Consumer Focus Scotland, the organisation responsible for administering the Healthy Living Award, said that all too often kids menus cover the usual suspects without offering anything different.
“It doesn’t need to be that way, and a growing number of family eateries are finding that putting healthier options on the childrens menu is going down very well with their young customers, and is popular with parents too,” said McDougall.
The importance of healthy dishes doesn’t seem to be lost on the trade.
Matt Johansson, food and beverage manager at Glasgow’s Mussel Inn, told SLTN the restaurant’s signature seafood dishes are ideal for families looking for healthy options. Rather than publishing a set children’s menu, half portions of items on the a la carte menu are offered.
“Catering for families comes easy to us because not only is seafood so reasonably priced, it’s one of the healthiest foods available,” he said.
Seafood has also proved to be a surprise hit with younger customers at the Waterside Bistro in Haddington.
Like the Mussel Inn, the Waterside offers kids smaller portions of dishes on the main menu, and co-owner Vikki Cope said younger diners are more open-minded than you might expect.
The Waterside Bistro also provides kids with colouring books and arts and crafts materials, as well as access to a dedicated toy cupboard, to keep them amused while their parents eat.
“It’s nice because if the kids are busy parents can relax and enjoy their meal, which is important,” Cope said.
Involvement with the local community is also crucial for outlets appealing to families, Cope added, a sentiment echoed by McDonald in Largs.
“I’m involved in a lot of community stuff,” he said.
“I run all the school football competitions at primary level, I run various football teams.
“You’ve got to put yourself out there and do a wee bit as well.”