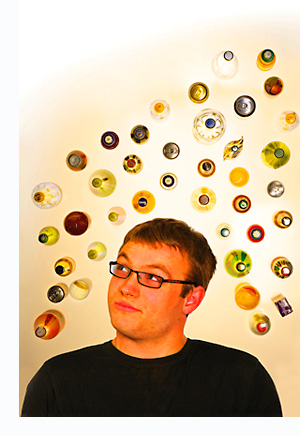 THE value and volume of soft drinks sold in the on-trade suffered a slight decline last year, but the category was not without its successes in pubs, clubs, hotels and restaurants.

The Soft Drinks Report 2012, published last week by Britvic and based on independent data from Nielsen and CGA, measured total on-premise sales at £2.7 billion for 2011, down 1% in value and 4% in volume on the previous year.
Britvic, supplier of Pepsi and J20, said the data indicates that soft drinks sales are being affected by the challenges facing pubs, from rises in VAT and alcohol duty (which increased again in last month’s Budget) to wider concerns among consumers about the economy.
Continuing pub closures are also said to have been a factor, albeit the rate of decline was reckoned to have slowed from 50 a week in 2010 to 16 a week in 2011, as reduced disposable income convinced consumers to stay in.
Yet despite the decline there were some positive signs for soft drinks in the trade, according to Britvic, which said there was some evidence of operators rising to the challenges facing the pub sector.
“Consumers continued to face a tough time in 2011, meaning they were careful with their spending and often opted for ‘big nights in’ at home,” said customer marketing director Murray Harris.
“The on-premise trade reacted to this by offering money-off vouchers to attract business. Food and family-orientated pubs developed strong meal deals and themed nights to tempt people out of their home and increase footfall and dwell time in outlet.
“Whilst the soft drinks category in the on-premise experienced a slight value decline, there are a number of factors which contributed to this and it’s impressive to see that the trade is finding ways to adapt to this and deliver some success stories, such as growth across several sub-categories and finding creative ways to attract people through their doors.”
The UK on-premise market as defined by Britvic spans pubs, clubs, hotels, restaurants and leisure venues – the latter including fast food outlets, coffee shops and canteens.
According to its report, cola was the top-performing soft drink ‘sub category’, recording 5% of volume growth as sales topped the £1bn mark. Pepsi was claimed to have retained its place as the number one brand, followed by Coca-Cola and Diet Pepsi.
Energy drinks were also found to have enjoyed an impressive year – the value of sales grew 16% as the category was boosted by the so-called ‘bomb’ trend of combining a spirit and energy drink.
Mixers, too, were on the up, with the resurgence in the popularity of spirits credited with driving a 4% increase in the value of sales. And it was suggested that juice drinks were back in fashion in on-trade outlets, enjoying a 7% uplift in value terms.
Others fared less well, however, including lemonade. Although it held its place as the number two sub-category behind cola, the value of lemonade sales slumped by 11% – despite a solid showing by the R Whites brand (up 2% in value).
It was also concluded that flavoured carbonates and mineral water had failed to repeat their take home success in the on-trade – sales of both declined in value and volume terms.