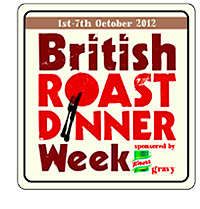 KNORR gravy is to take centre stage in the country’s first British Roast Dinner Week later this year as the headline sponsor of the event.

The campaign, organised by Knorr brand owner Unilever, will promote the traditional British roast as a popular meal choice throughout the week.
Sarah Branagan, category manager for sauces at Knorr, said research from the company found that 80% of consumers had enjoyed a roast dinner out of home in the last three months.
“We want to help operators meet consumer demand and increase profits by serving roasts every day of the week, and they don’t have to wait until October to get started,” said Branagan.
“With over 358 million roast dinners eaten out of home last year, it’s important operators get their gravy just right.”
Branagan argued that the Knorr survey supported the view that operators should serve roasts every day of the week, with 50% of respondents stating that they would choose a roast dinner throughout the week if it featured on the menu.
Knorr is launching a dedicated British Roast Dinner Week website this month which will include news, recipe ideas and marketing tools.
Branagan added: “Our Knorr Gravy Granules for meat is gluten-free, meets government 2012 salt reduction targets and contains no added MSG, so operators can feel confident they’re putting delicious gravy onto every roast dinner.”