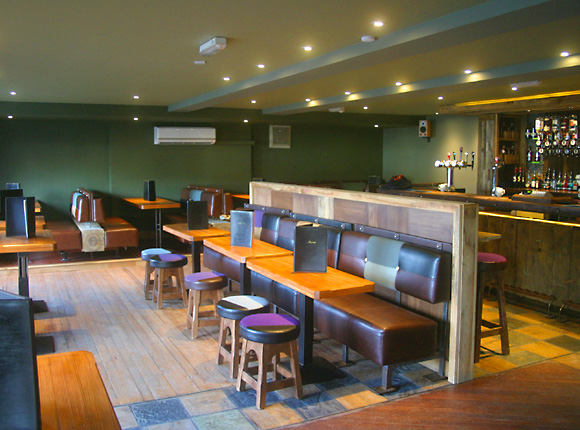 TIME passes quickly when you get embroiled in a project or two. Just ask Neil Morrison.

A scheduled two-month return to his native Isle of Mull turned into seven yeas, during which time he managed and went on to buy Macgochans – a Tobermory bar he first worked in when he was 18.
He also found the time to launch a new whisky, the Isle of Mull blend, with fellow Muileach Calum Maclean in summer 2010.
For Morrison, who spent 15 years managing outlets across Scotland, the opportunity to buy his own place on Mull was too good to miss, the attraction only strengthened by the fact he was so familiar with Macgochans.

I came home for a couple of months – that was seven years ago. This has been a long time coming.

Neil acquired the long-term lease on the property and, at the turn of the year, embarked on a five-week £120,000 refurbishment.
With a contemporary Scottish look in mind, he commissioned Scots artist Ranald MacColl (who also designed the stained glass in Hebridean bar the Lios Mor in Glasgow) to work on the 120-capacity main bar, along with a host of local tradesmen.
Natural materials, like wood, slate and stone, feature heavily throughout; fixed seating and stools have been upholstered in a combination of leather and tweed-style fabric; and a hand-painted thistle design features on the muted green walls.
“We tried to give it a modern feel without going too modern,” Neil explained to SLTN last week.
“We used a lot of local wood and sandblasted and treated it rather than buying stuff that was uniform.
“We started getting materials two months before we closed for the refurb.
“We stocked up on wood, slate and bits of old boats; and a lot of the wood was from old piers.
“We did a lot of the work ourselves and called in a few favours from friends.
“It’s fine if you’ve got time to get the materials but you certainly have to put in the hours.
“It’s been a pleasure and a great learning experience for me all the way through the process.
“Ranald and all the local tradesmen have done a fantastic job.
“Now it’s down to me to me to provide the service to match the premises.”
As a member of the Oban Bay Buying Group, which takes in nine outlets on Mull and in Oban, Macgochans is supplied by Forteith Foodservice and Brakes, as well as small local suppliers, farms and fishing boats. Beer, wine and spirits are currently supplied by Heineken and Wallaces Express.
Whisky forms a major part of the drinks offer at Macgochans, which currently stocks more than 80 malts, as well as Neil’s Isle of Mull blend.
And there are plans to up the range of malts to 100 once work on the adjacent whisky bar is complete.
Based in what was originally a fisherman’s cottage, with stone walls and an open fire, the 80-capacity bar is due to be ready at the end of the month – in time for the Mull Music Festival.
After that further acquisitions could be on the agenda.

Now it’s down to me to provide the service to match the premises.

“I just want to get this [Macgochans] right and then I definitely plan to take on another place,” Neil said.
“Now is the time to pick up good deals.
“I’ve been successfully running other businesses all over Scotland, which is great experience but you are restricted.
“I had looked at bits and bobs but I was waiting for the right one and Macgochans was perfect because I’d known it from the get go and managed it for the last six years.
“I came back home for a couple of months – that was six or seven years ago.
“This has been a long time coming for me.” 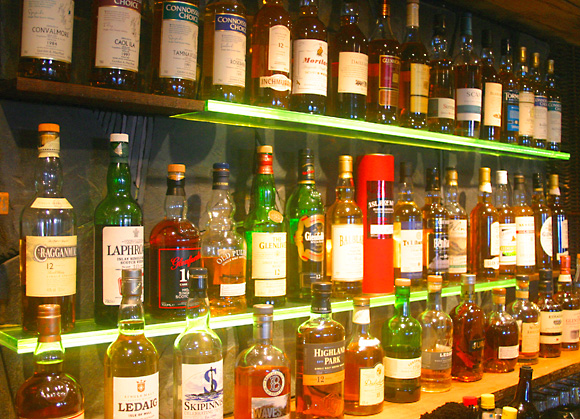 Images: Natural materials, like wood and slate, feature heavily in the new design of Macgochans. The bar stocks more than 80 malts and the Isle of Mull blend, which bar owner Neil Morrison launched two years ago.