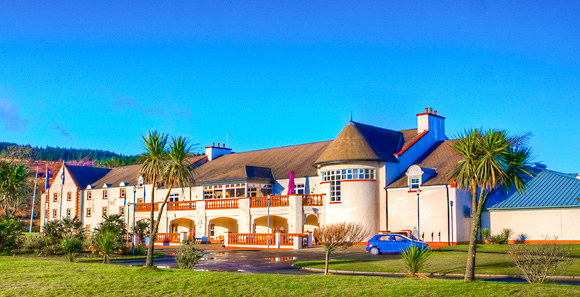 ITS state of the art children’s play facilities only opened last July, but catering for the family market is nothing new for the team at Auchrannie resort on the Isle of Arran.

The launch of the purpose-built Play Barn, which helped the resort clinch the SLTN Family Outlet of the Year Award for 2011 (in association with Coca-Cola Enterprises), was merely the latest stage in a strategy that’s been in place since Iain and Linda Johnston founded Auchrannie as a 16-bedroom hotel in 1988.
Back then, Iain spotted a gap in the market for leisure facilities on the island, prompting him to add a further 12 bedrooms and a 20-metre pool to the hotel, along with the first phase of what are now 30 self-catering lodges.
Ten years later, and the Johnston family upped its focus on the family market once more, launching Auchrannie’s spa or ‘funky little sister’ resort, with 36 family rooms and the family-friendly Cruize bar and bistro, which has an adjoining soft play area.
Last year, the final piece of the jigsaw was added.
And as assistant general manager (and nephew of the founders) David Johnston told SLTN last week, the creation of the Play Barn was the next logical step in the development of the resort. 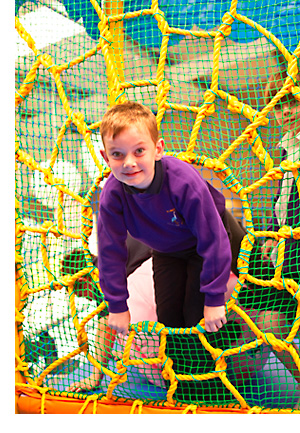 “It was always part of the plan to expand the house hotel right from the start,” he explained.
“But even then it wasn’t enough to cater for guests and locals. And most of the hotel rooms are for two people.
“So over the years the lodges were added, which are designed for families; we just added another seven two years ago giving us 30 which can sleep six to eight people.
“And the spa resort, which was completed in 2001, has 36 family rooms, another 20-metre pool and the games hall, which has hosted everything from children’s games and activities to a concert by the Proclaimers and a Hogmanay ceilidh. The Cruize bar and bistro in the spa resort is also aimed at families and has its own soft play area.
“But with 30 lodges and 36 family rooms, plus the 28-bedroom hotel, full we needed more kids’ space. When we’re full we’ve got about 400 people in the resort.
“And the population of Arran swells from about 5000 year-round to 20,000 or 25,000 in the summer and when it rains, they all need something to do.
“We did a lot of research into play barns, visited some on the mainland, and decided that it would be a good addition to the resort.”
The Play Barn, which is open to resort guests and the general public, is designed to cater for children of all ages.
Features include a three-tier soft play area, teen zone, internet area, big screen TV, jukebox and wi-fi. Outside, there’s a further play and picnic area.
As well as catering for children’s parties, the Play Barn runs a host of activities, ranging from movie nights and family quizzes to face painting, balloon modelling and knitting workshops. The Trough cafe provides a range of drinks and snacks for adults and children.
While he concedes the investment of £300,000 in the Play Barn last year was “risky given the economic climate”, David said it’s brought real benefits for the resort.
“It was a big investment and it was a bit risky too,” he said.
“If it was a stand-alone Play Barn we probably wouldn’t have built it but it’s a great addition to the resort.
“We opened in July last year and, needless to say, there was no rain so it was quiet at the beginning and we though ‘what have we done?’ but it’s definitely paid off.
“It’s a great facility for guests, particularly when the weather breaks, and we’ve introduced packages for locals who come regularly.
“It’s something else we have that others don’t.”
However, David is quick to stress that catering for the family market is about more than just facilities – having the food and drink offer and service to back it up is vital, he said.
Children’s menus are available in all three restaurants – Brambles, Eighteen69 and Cruize – with the latter offering dishes like ‘big twigs and dips’ (ham, cheese, carrot and cucumber twigs with tomato and mayonnaise dips), ‘hedgehogs on the lawn’ (mashed potato with mini sausage ‘prickly bits’ and a ‘lawn’ of peas), breaded salmon fingers and tomato sauce, and chicken, rice and vegetable stir fry. A kids buffet is offered during school holidays.
David said it’s important to strike a balance when it comes to children’s menus.
“The names of some of the dishes are geared towards kids,” he said. “And there’s a good mix of healthy options and holiday treats. It’s about finding a balance and offering a bit of both.
“Getting the right atmosphere is just as important so it’s important our staff can interact with guests and have a bit of banter. One of the main things we look for when taking on staff is people who are good with children.”
Indeed, it’s the resort’s 150 staff who are key to Auchrannie’s success, according to David.
“Hospitality with passion and personality is our vision,” he said.
“We’ve expanded the resort according to demand but we’ve never lost sight of that.
“It was Iain’s grand scheme and he’s still very active in the business, as is his wife Linda who is the operations director.
“Iain’s original vision was to have more leisure facilities on the island and the Play Barn is the latest stage in that.
“I’m not sure if he saw the resort being quite this size when he started but I think he’s quietly very pleased with it.
“Winning the SLTN Family Outlet of the Year is fantastic recognition for what Auchrannie is trying to achieve as a family resort. It shows that we are moving in the right direction as a business and providing a great range of facilities for all ages.”
Alan Halliday, field sales director for Coca-Cola Enterprises Scotland, which sponsored the award, said Auchrannie offers the full package for families.
“The facilities are suitable for all weather, including the Play Barn, which is great entertainment for children of all ages,” he said.
“With a strong community following, Auchrannie resort actively engages with regular and prospective customers to showcase its range of facilities and weekly promotions and deals.
“Overall, a very worth winner.” 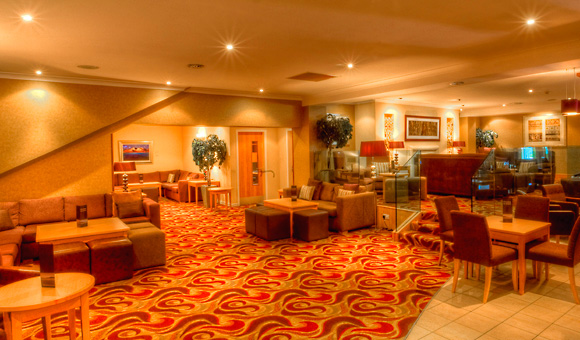 Images: The most recent addition to Auchrannie resort, the Play Barn aims to cater for young people of all ages and has a three-tier indoor soft play area as well as teen zone and wi-fi.