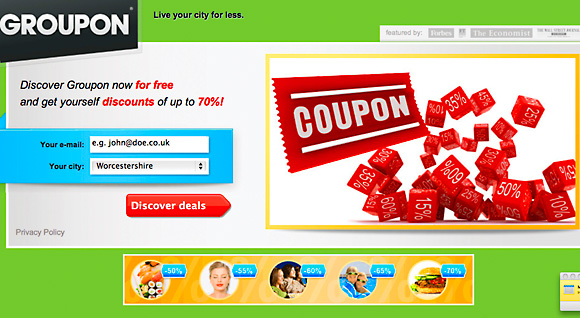 THEY arrive in email inboxes every day, offering consumers discounts on everything from meals to household cleaning services.

But despite their popularity with bargain hunters, the concept of offering ‘daily deals’ is not always straightforward for the businesses involved.
Hospitality operators who strike the right deal with one of the two dozen voucher providers now active across Scotland can drive footfall at quiet times, gain new customers and make some profits through upselling items not included in the offer.
But if the deal is too tilted in favour of the voucher firm and consumer, or does not turn out to be what was expected, then the whole experience can be damaging for business and an outlet’s reputation.
Richard Hewat, co-owner of Hewat’s Restaurant in Edinburgh, claims to have fallen into the latter category.
In partnership with Groupon, he put together a deal that would allow Hewat’s to offer two courses (a starter and a main meal) for £22.
Crucially, he wanted the deal to be only available for five tables per night from Monday to Friday (excluding peak times) and to not run during the Edinburgh Festival last August.
The deal represented a 56% discount on the top price that could be charged for two courses on the a la carte menu – £56.90. Groupon sold the voucher for £22 and Hewat was to receive £11.97; he was also expecting to be paid back VAT every month.
However, the operator claims that when the deal went live the reality was very different.
According to Hewat, Groupon made the offer available outwith the agreed times, including the month of August, and sold significantly more vouchers (968) than it agreed.
The operator said the changes left him and his staff to deal with customers frustrated that they could not take the deal when they wanted, and in the end forced to run the offer during August to maintain the restaurant’s reputation.
And he claimed the company has so far reneged on its promise to return VAT – leaving him £1500 down.
“The bottom line is that they will tell you anything, but really they want to sell as many off your back as they possibly can,” he told SLTN.
“It’s not a company that’s looking after your business at all.”
Hewat criticised many of the customers who used the vouchers, saying some became aggressive when told the deal did not include desserts or cover the supplement for steaks.
He said many simply ordered tap water, denying the business an ‘upsell’ opportunity that’s key for restaurant businesses which use vouchers.
In response to Hewat’s claims, Groupon said its representative had taken the operator through the agreement before it was signed, and that he had accepted its explanation as regards payment terms and VAT.
The spokeswoman also confirmed that, according to Groupon’s records, a cap of 1468 deals was agreed, with 1020 deals sold and 777 redeemed.
“Groupon has a large number of checks and controls in place to ensure that merchants have the stock and/or capacity to deliver the products or services offered on our deals,” she said.
“We work closely with the partner to discuss the sort of offer that would be appealing to our customers and would help the business achieve its objectives. We’re really sorry to hear that Mr Hewat doesn’t feel like he got the most from his Groupon experience.”
Last month Groupon was censured by the Office of Fair Trading after an investigation found breaches of consumer protection regulations. Groupon has since agreed to make a series of undertakings, including:
• to ensure reference prices, including savings, are accurate, honest and transparent
• to carry out accurate, honest and realistic assessments of a merchant’s ability to provide goods or services in the quantity or time frame suggested
• to clearly display all limitations applying to a deal.

do a great deal

Social media adviser Craig McGill, whose clients include Whyte & Mackay and Aberdeen bar Musa, offers the following advice:
• “leave space for an upsell” – don’t include drink or desserts in a two-course deal
• pick times that work for you
• put a deadline on the offer
• capture data to contact customers with future offers
• never be afraid to say ‘no’
• some people don’t come back and are loyal to the voucher provider
• work out a deal that works for you first – and allows an upsell – before negotiating