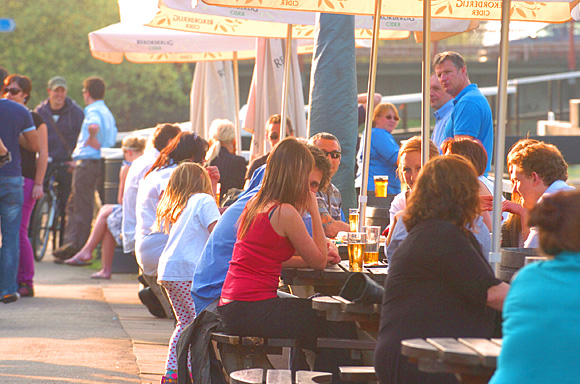 ON Sunday (March 25) the clocks spring forward an hour, bringing lighter nights and, if we let ourselves dream, the start of a glorious summer.

The licensing Act makes it clear that licensed hours are unaffected by the change, sparing us the confusion the extra hour used to bring under the old system.
However, with the first glimpse of sun comes a reminder that even in Scotland people enjoy a cold drink outside.
With summer time just around the corner, it’s important you consider your position regarding outdoor drinking in licensing terms sooner rather than later.
Generally, the use of an external area involves two or three elements.
Firstly, you should check you have the relevant planning permission for the area you wish to occupy or licence.
Secondly, you need to review your premises licence and ascertain the approach of your licensing board.
The licensing of external areas is made particularly taxing by the range of different views taken by councils and licensing boards across the country.
Some take a relaxed attitude and permit the consumption of alcohol in unlicensed beer gardens or pavement areas by virtue of the off-sales facility within the operating plan.
In other council areas, local by-laws preventing the consumption of alcohol in public places mean that licensing boards insist on all external areas being included within licensed areas or covered by occasional licences. 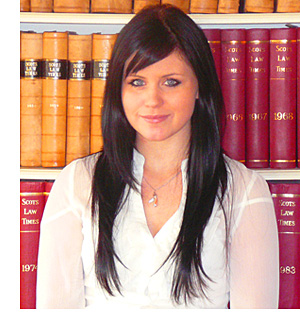 For the sale or consumption of alcohol to occur on a pavement in Glasgow, for example, the area must be within your premises licence or subject to an occasional licence.
A time-consuming major variation may be required to change your operating and layout plans.
Where your external area is situated on a public pavement, most councils insist on consent being obtained from the roads department.
For example, in Glasgow you enter into an agreement with the council to occupy the pavement subject to certain conditions at a cost of £182 a year. In Edinburgh, external eating and dining is a far more costly business with operators requiring consent from the council, attracting a fee of up to £2000 a year, plus an extra £150 if they simply wish to use the area for an extra hour.
Not exactly in keeping with the promotion of the city’s café culture.
Where you are seeking to license an existing unlicensed area, the decision is ultimately one for the licensing board.
It may grant the application but impose local conditions on the times of use, supervision requirements or terms of operation.
The recent decision of the Sheriff in Bapu Properties Limited (which trades as The Dhabba Indian restaurant) v City of Glasgow licensing board should provide some reassurance for applicants.
In this case the Sheriff overturned the decision of the board to refuse a major variation application seeking to license an external seating area. The refusal proceeded on the basis that the grant of the application would lead to congestion and unavoidable public nuisance and that the area was not suitable for the sale of alcohol, despite consents from the local authority having been obtained.
Following the landmark decision in Brightcrew Ltd (which trades as Spearmint Rhino lapdancing club) v the City of Glasgow licensing board, the judge concluded that the board’s single function is that of the licensing of the sale of alcohol. The board should only be concerned with matters relating to the sale of alcohol and any issues leading to perceived inconsistencies with the licensing objectives must flow from that sale.
Of course the Bapu judgment does not mean that outside areas are outwith the control of licensing boards.
If the operation of the area for the sale of alcohol gives the police, standards officers, the public or boards any cause for concern, I am certain that they would not hesitate to seek a review of the premises licence.
Scotland’s city streets may never rival Las Ramblas or the Champs Elysées, but this recent decision has highlighted the limitations of the board’s powers in restricting the licensing of external areas, potentially paving the way for more outdoor drinking and dining.
Consider your arrangements now and if applications are required, make sure they are lodged as soon as possible –otherwise the first frost will be settling before you can even utter the words ‘al fresco’.
• Audrey Junner is an associate at Hill Brown Licensing.

Images: (Top) An outdoor area can be a real asset during good weather. (Above) Audrey Junner, an associate at Hill Brown Licensing, said recent rulings relating to licensing board’s powers could pave the way for more al fresco eating and drinking.