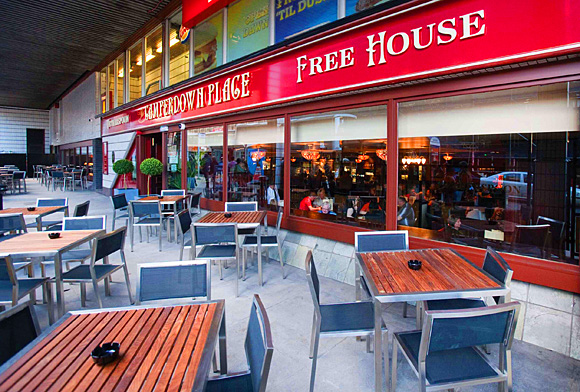 THE pub trade can no longer afford to cough up any more in tax if it’s to remain viable, the boss of one of the country’s biggest managed operators said last week.

Wetherspoon chairman Tim Martin said the firm had scaled back its expansion plans for Scotland in its current financial year “pending clarification of the government’s taxation policies towards the pub industry”.
Speaking as his firm unveiled first half results, which showed pre-tax profits up 11.1% to £35.8 million and revenue up 8.4% to £569.4m in the 22 weeks to January 22, Martin said the twin attack of drinks duty and VAT conspired against the profitability of pubs.
“My point is that two taxes make us uncompetitive, including Scottish pubs, as a whole versus supermarkets, and uncompetitive versus neighbouring countries,” he told SLTN.
“One is the level of excise duty, which is too high and shouldn’t be increased. The other is the fact that supermarkets pay no VAT on food and pubs pay 20% – this enables supermarkets to cross-subsidise the price of the beer that they sell.
“It’s a cumulative, long-term drip, drip effect which has enabled them over 30 years to take about half of the beer and drinks business that pubs have.”
While many observers appeared resigned to a further increase in duty, in line with the duty escalator established in 2008, ahead of yesterday’s Budget, Martin remained hopeful chancellor George Osborne would see fit to hold fire in light of industry lobbying efforts.
Equally, he is convinced the VAT “disparity” between pubs and supermarkets will eventually come to an end. Martin has been a vocal campaigner for the UK hospitality trade to be exposed to a lower rate of VAT, as is the case in France where the successful lobbying of Jacques Borel is claimed to have protected jobs.
“I think it’s inevitable, eventually, that there will be tax equality between supermarkets and pubs,” he said.
“Because if there isn’t, there will be a terrific loss of jobs and there is no possible justification for the tax disparity.
“The question is, are the current government slow learners, or fast learners?
“They’ve been given all the information and we’re waiting on the results. They need to think this through and I’m sure they’ll agree with me, especially if I’m backed by Scottish publicans.”
On the firm’s own position, Martin said a “pretty solid first half” had been followed by a “difficult January and February”, exacerbated by the “cumulative effect of doom and gloom caused by the problems in the Eurozone and general financial anxiety amongst the public”.
And he said the outlook for the firm’s second half, during which it hopes to open a further six pubs in Scotland, was a cause for concern, especially when it comes to costs.
“We don’t want to have to put our prices up again just to pay more tax, that’s the real worry,” Martin said. “70% of cost increases for pubs in general are now government tax increases, of one type or another, often disguised.
“It can’t go on – it’s unsustainable.”