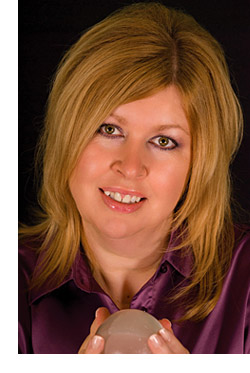 That’s the suggestion of professional psychic Jane Dawson, who claims pubs, hotels and members’ clubs across Scotland are reaping the benefits of hosting psychic evenings.
Jane, a former civil servant, was raised in the pub trade and her brother continues to run two premises – the Glendale Arms in Glengarnock and The Cartside Bar in Johnstone.
The psychic also has a background in event management, experience she said is proving useful in her current career.
Jane started out holding events in local community halls three years ago before branching out into the licensed trade with a night at Bowfield Hotel and Country Club in Howwood.
This was followed by several psychic nights in pubs, hotels and members’ clubs.
“I have my website and a Facebook page, but I haven’t done any advertising,” Jane said.
“It’s just basically word of mouth. If you’ve got a good product and good service then word does travel fast – [particularly] if it gets the customers in.”
Working with several psychic mediums, Jane can either perform solo or as part of a group that can offer customers private readings.
Jane said the events tend to be particularly popular with women. “It’s often girls [that attend],” she said. “Sometimes men come, but it’s very good for ladies nights, hen parties, special events to fill up a Wednesday night.
“And we have fun with it, we do it in a really light-hearted way.
“The audience has a good laugh with the way that we stage the show, and the girls I have working for me are all very audience-orientated, which makes a huge difference.
“They’re all very professional people.”
There is no charge to publicans for hosting the events, on the understanding that they take responsibility for promoting the event and selling tickets.
“The great thing about it is that the night starts at half seven and goes on til midnight or later and the women are in there drinking and eating if there’s food available and having a rare old time,” Jane said.
“It really boosts the bar profits. You’ve got a captive audience.”
Bearsden pub The Inn, part of the Maclay Inns stable, has been hosting regular psychic nights for more than two years, working with Paisley-based psychics Second Sight.
General manager Andy Young said the bi-monthly events have been good for business. “It does [bring people through the door], and most customers that buy tickets will book a table for dinner beforehand as well,” he told SLTN.
“I think it’s fairly lucrative for the psychics as well. It’s very popular.” 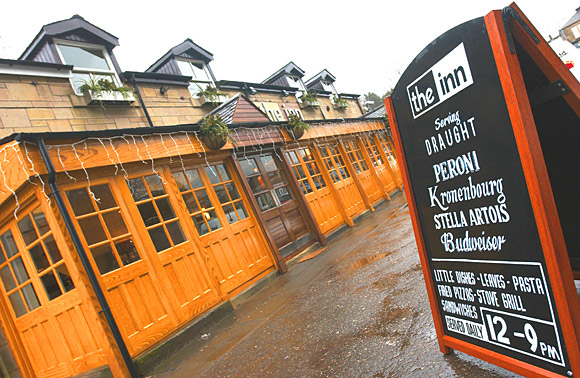