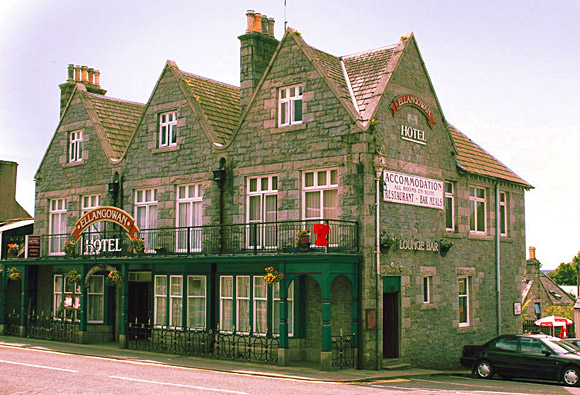 A DUMFRIES & Galloway hotel in which former Bond girl Britt Ekland once pulled pints is up for sale.

The Ellangowan Hotel doubled as the fictitious Green Man pub in 1973 British horror film The Wicker Man. Located in the village of Creetown, near Newton Stewart, the hotel has nine bedrooms as well as bar and restaurant areas.
Colliers International director Alistair Letham, who is marketing the property on behalf of the trustee in the sequestration of the former owner, said he expects the hotel to attract a high level of interest from potential buyers.
“Of course, the Ellangowan attracts a significant number of film fans who visit the area to take in the locations seen in The Wicker Man,” he said.
Offers around £200,000 are sought.