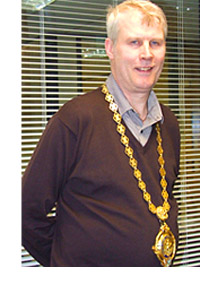 BILLY Gold, owner of the Hielan Jessie in Glasgow’s east end, signalled his determination last week to raise the trade’s profile in the west of Scotland.

Speaking after being installed as president of the Strathclyde branch of the SLTA, Gold said he’s convinced membership would be boosted if more pubs knew the extent of its lobbying activities.
“I will do everything in my power to carry out the role properly,” he said. “One of the most important jobs is to raise the profile of the SLTA, especially locally. We want people to know the SLTA is fighting for them.”