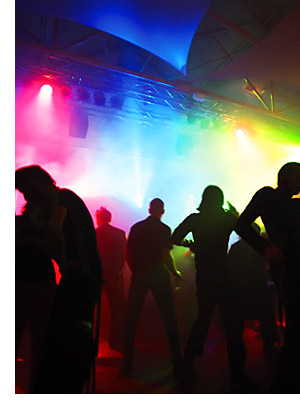 COUNTER terrorism and the role the licensed trade can play in preventing a terrorist attack was one of the key topics addressed at a police seminar in Glasgow last week.

Around 100 late night operators attended the event at Scotstoun Stadium Arena, which was hosted by the licensing department of Strathclyde Police, A Division.
The seminar included talks on drugs awareness and crime scene management, as well as advice on how operators can prepare for, and potentially prevent, a terrorist attack in their premises.
Speaking to SLTN, PC Ross Ferguson said although there is no indication Glasgow would be a target for terrorists during the forthcoming Olympic Games and the Commonwealth Games in 2014, it makes sense for operators to be prepared for periods when a large number of visitors are expected in the city.
“What we’re doing today with the trade is to help them protect their businesses and prepare them for the worst,” Ferguson said.
“If they protect themselves they reduce their risk. If they reduce their risk then terrorists will look elsewhere.
“They will not attack somewhere that is difficult to attack if there’s somewhere else that’s easier.”
Ferguson advised operators to identify areas in their own security that are lacking, and be vigilant for people acting strangely in their premises.
“If I am thinking about attacking your premises, or I’m thinking of damaging a premises, I want to learn about it,” he added.
“So I might take photographs of fire exits. I might start looking at when you get your deliveries. I might start asking staff members strange questions. And through getting information from you I can work out if you’re vulnerable.”
Ferguson highlighted the Project Griffin and Project Argus training courses, both of which provide businesses with detailed advice on preparing for, and dealing with, a terrorist attack, and attendees were also encouraged to sign up for the Glasgow City Centre Evacuation Plan – an initiative run by the city council that dictates what will happen in the unlikely event that the city has to be evacuated during either of the upcoming sports events.
Sergeant Coleen Wylie of the licensing department told SLTN the purpose of the seminar was to “refresh everyone’s awareness” of how to deal with criminal behaviour in the trade.
“The standard of operating in the trade is very high,” Wylie said.
“But there’s always room to improve, so collectively, with the police, licensing standards and the trade, if you get everyone on board you can just push it that little bit further.”