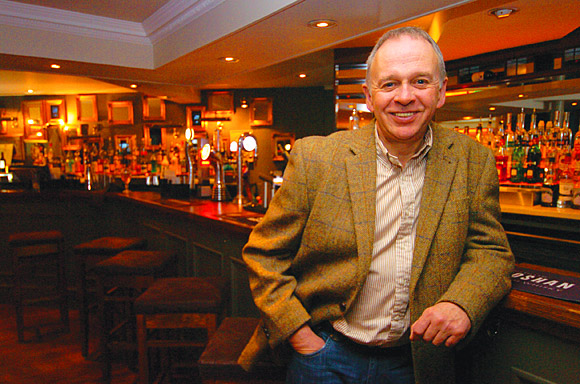 A HOLIDAY on the Indonesian island of Bali proved just the inspiration Alan Tomkins needed for the name of his latest Glasgow venue.

Named after a town on the island, Kuta is the latest incarnation of a site he’s operated under one guise or another for the last 23 years.
Initially home to Papingo, the restaurant Tomkins launched in 1989, the basement premises on Bath Street has since traded as Manna and then Dining Room before being sub-let to the operators of a tapas restaurant.
Now back in Tomkins’ fold, the outlet has been refurbished and relaunched as Kuta – a bar with an Asian-inspired menu.
The operator, whose outlets include Urban Bar & Brasserie, Vroni’s, Vodka Wodka and Blue Dog, said Bath Street’s shifting trade landscape had some bearing on the venue’s latest form.
“When I first opened Papingo there was nothing else on the street; now there must be about 20 licensed premises,” he told SLTN last week.
“The environment in Bath Street has changed a lot in the last 23 years. There’s now a predominance of venues aimed at a younger clientele and I think the restaurant side of things has moved to the heart of the city a bit more.
“But that’s what happens; areas do change.
“In the last five or six years this outlet has gently progressed to what it is now as Bath Street has changed.
“It’s not just change for change’s sake; you don’t reinvent the wheel for no reason. I just felt this outlet would benefit from a different direction – a bar that does good food rather than a restaurant.”
Sunderland-based Space ID, which worked on the recent refurbishment of Blue Dog, was tasked with the revamp.
In keeping with its shift in focus, the bar counter has been extended and cream leather fixed seating at the rear of the outlet configured into several large booth areas. Elsewhere, dark wood tables have been paired with transparent and black Perspex chairs, while bucket seats upholstered in dark fabric with accents of turquoise have added a subtle splash of colour.
Quirky features include a wall of ornate gold digital picture frames and striped flock wallpaper, while LED strip lighting, which changes colour, has been used to create different moods.
It’s not just the “eclectic” interior that’s designed to appeal to the 18 to 35 year old set.
Cocktails and premium spirits are a major part of the offer, with Kuta stocking a number of Marblehead brands, including The Kraken and Skipper rums, Hangar 1 vodka and Seagram’s gin. Other suppliers include William Morton (now Inverarity Morton) and Alexander Wines, both of which Tomkins has dealt with since he launched his first venue – Lautrec’s wine bar – in 1982.
The food, meanwhile, has an Asian flavour, with starters including steamed prawn dumplings with soy dipping sauce and chicken and noodle Tom Yum soup; main dishes range from spiced burger with mango chutney and sweet potato chips to salmon and Ramen noodles with Bok Choi and spring onion. Kuta also offers a range of sharing platters.
Tomkins said food sales have so far exceeded expectations, which he puts down to the “informal” style of the cuisine.
“There’s not a Balinese theme but the food has an Asian twist,” he said.
“It’s casual Asian food at sensible prices. It’s not pitched as a restaurant.
“Since it opened we’ve had quite a big presence in food. It’s very promising so far.”
Kuta might be off to a good start, but Tomkins is quick to stress that the trade generally is not without its challenges.
“Challenging is a word that I think is overused but it is challenging at the moment,” he added. “There’s no doubt that trying to get growth in your business is difficult.
“Voucher culture has grown – even those who resisted it initially have caved in.
“We’ve used It Is On to promote afternoon teas at Urban between 3pm and 5pm, which is downtime in the restaurant so we’re happy to work off reduced margins then because it’s not affecting our core trade.
“The man in the street is very savvy now when it comes to deals.
“But Glaswegians in my mind are a very resilient customer base. They don’t want to stay in so rather than going out two, three or four times a week, there’s a greater focus on Saturday nights, which are arguably busier than ever.
“The bottom line is we’re all pedalling harder to stay still.” 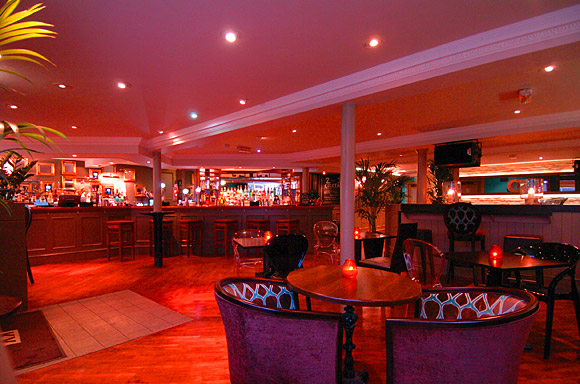