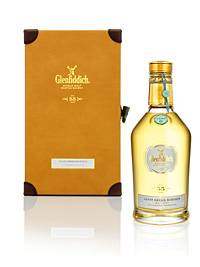 A RARE Glenfiddich single malt which honours the granddaughter of the distillery’s founder raised £44,000 in a charity auction.

The Glenfiddich Janet Sheed Roberts Reserve, named after the granddaughter of William Grant, went under the hammer last week in aid of Walking With The Wounded – a charity that helps servicemen and women.
Janet celebrated her 110th birthday in August 2011 and is said to be the oldest living person in Scotland.
Only 11 bottles of the 55 year old whisky – one to celebrate each decade of her life – will be released.
Bottle No 2 was auctioned for Walking With The Wounded following the auction of No 1, which sold at Bonham’s for £46,850 in December.