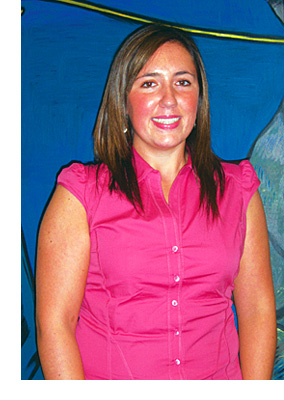 There has been a noticeable rise in reports of employees who have been dismissed by their employers for posting inappropriate material regarding their employment on social media sites, such as Facebook, and then seeking recourse in the employment tribunal.

Employers in the food, leisure and hospitality sector are among the most vulnerable to unfair dismissal claims for this type of misconduct given that a great number of employees in this sector are students and young people who tend to use social networking frequently. Indeed, one of the most famous cases in this area involved the hospitality sector.

In the case of Preece v JD Wetherspoon, an employment tribunal found that a pub manager was fairly dismissed for gross misconduct and that the employer had not made any mistake in reaching this decision. Ms Preece made inappropriate comments on Facebook about two of her customers, who had previously verbally abused and threatened her.

The tribunal found that her employer was entitled to take the view that a conversation on Facebook, which took place whilst she was at work, did not reflect her upset or anger at the customers, but seemed more like a joke between friends. It was neither here nor there that the claimant was under the impression her privacy settings meant only close friends could see her posts when, in reality, a much wider audience was able to view her Facebook page.

Ms Preece was found to be in breach of the employer’s email and internet policy, which specifically referred to employees’ use of media such as Facebook while at work.
In the Preece case it was significant that the employer was able to show that there had been reputational damage as it was a customer who had complained about the comments the employee had made.

It was also important that the employer had a ‘helpline’ in place for disgruntled employees to seek advice from an experienced manager or, if they felt distressed, to ask permission to leave work early. Instead of making use of this helpline the employee chose to rant on Facebook at the expense of her employer.

This case can be contrasted with Whitham v Club 24, where an employee was dismissed for posting derogatory comments online, including the remark: “I think I work in a nursery and I do not mean working with plants”.

It is vital employers have a policy on the use of social media.

The employer in this case was concerned by the impact the comments could have on their relationship with a key client.

The employment tribunal, however, decided that the dismissal was unfair on the basis that the comments were “relatively mild”. Also, the comments did not specifically refer to any client of the employer nor was there any evidence that these comments actually caused, or were likely to cause, any harm to the client relationship. The employer had also made a mistake by not seeking the views of the client on the alleged misconduct.

Furthermore, the employer forgot to take into account the employee’s previous exemplary record and mitigating factors relating to her health and personal circumstances.

The tribunals have helpfully provided some pointers over the past year or so which employers should consider when deciding whether or not to take disciplinary action against an employee for derogatory remarks posted on Facebook.

Factors to consider include whether employees have been given training on matters such as the potential disciplinary consequences of posting derogatory material online; the importance of protecting an employer’s image and the impact of outside of work activities on employment.

Employers should also give thought to whether, in reality, the comments have damaged the employer’s business or reputation – for example, was the employer identifiable from the comments or did any customers or clients have access to the derogatory comments?
When dealing with this type of misconduct employers should act cautiously in following the correct procedure and avoid over-reacting to the alleged comments.

In doing so, employers should also take a look at the recent guidance from ACAS, which helpfully suggests that misconduct arising from derogatory comments posted on social media sites should be dealt with in the same way as ‘normal’ misconduct. It would also be beneficial to have some sort of helpline in place so that employees have a means of voicing their opinions or concerns, in private.

The Wetherspoon case highlights the importance, and usefulness, of having a properly drafted policy regarding the use of social media.

It is vitally important, therefore, that an employer’s position in relation to this type of misconduct is contained in a social media policy, which sets out clear rules about what the employer will, or will not, tolerate. Staff should then be trained on the purpose of the policy and how it should be implemented.

Employers also need to be alive to the ever-evolving nature of social media by ensuring that the relevant policies are updated on a regular basis.

• Jennifer Nicol is a solicitor in the employment department at law firm Harper Macleod.