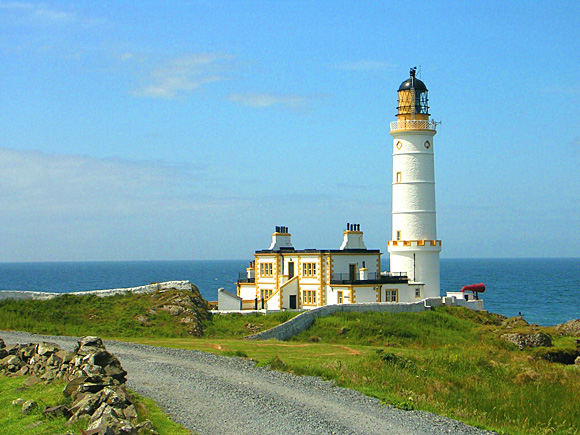 A ‘LIGHTHOUSE hotel’ has had its asking price cut as the current owners seek to retire.

Gordon and Kay Ward have knocked £100,000 off Corsewall Lighthouse Hotel, which is now being marketed by Christie & Co with a price tag of £595,000 for the freehold.
Set in 19 acres on the coast at Kirkcolm, near Stranraer, the A-listed building has been operating simultaneously as a lighthouse and hotel for the past 15 years.

Corsewall Lighthouse Hotel enjoys panoramic views along one of Scotland’s most spectacular coastlines.

The three-star hotel has six letting rooms and three suites/self-catering units, as well as a restaurant, lounge and conservatory.
Christie & Co’s Graeme Smith, who is handling the sale, said the hotel benefits from panoramic views of “some of Scotland’s most spectacular coastline”.
“Corsewall Lighthouse Hotel is an extremely exciting business proposition for any discerning purchaser,” he said.
“Over the years, it has had lots of press and television publicity, which has helped its standing in the marketplace.
“The hotel is registered to carry out religious and civil ceremonies and it has been the venue for a number of weddings over the years.

New owners could develop the wedding side of the hotel’s business.

“A marquee wedding for around 200 people took place at the hotel in 2011, which shows that a new owner could develop the wedding aspect of the business.
“In order to fully appreciate exactly what is on offer and the potential that the hotel and its location bring, a viewing is strongly recommended.”