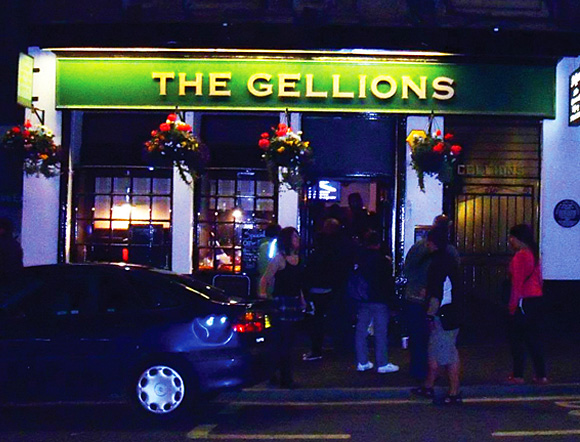 INVERNESS lessee Rory Munro is celebrating after his pub scooped a top award in a scheme which recognises responsibly-run premises.

The Gellions on Bridge Street picked up a gold award and was named overall winner of the pub category in the Inverness Best Bar None Awards; it will now go through to the Scottish final in Edinburgh on March 4.
For Punch lessee Rory, the award is recognition of “four years of hard work” since he acquired the pub four years ago.
As well as upgrading the venue’s CCTV system, Rory has implemented a number of other ‘responsible retailing’ measures, including Braille and large print menus for visually-impaired customers.
He has established The Gellions as a live music venue with traditional Scottish music, including performances by the pub’s resident band Schiehallion, featuring seven nights a week during the summer tourist season, and five nights a week during the winter months.
The live music is said to attract a diverse clientele, adding between 40% and 50% to normal trading levels at the height of the tourist season.
Rory said Punch offers help and advice but gives him freedom to run the business how he wants.
“It’s a relationship that works well for us, and our recent gold and category wins in the Best Bar None Awards is another good example of our partnership with Punch paying dividends,” he said.
Punch business development manager Gavin Stevenson said: “Rory has shown that people with flair and imagination can enter the trade and make changes that improve their businesses.
“We’re absolutely delighted with Rory’s achievements as our partner and congratulate him on what we’re sure will be the first of many awards.”