“OH no you can’t!” shout its detractors. “Oh yes we can!” declares the SNP.

As 2012 opens, the controversy surrounding the legality of the Minimum Pricing Bill continues to rage.
On one side of the stage, the Scottish Government, utterly convinced that “proportionate” minimum alcohol pricing designed to deliver health benefits is compatible with European Community law.
On the other, the Scotch Whisky Association, which claims the move would “probably” be illegal – a view which chimes with that of eminent European law specialists. 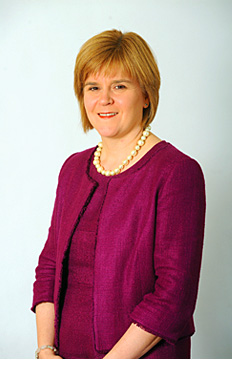 Back in March 2010 the European Court ruled that the fixing of minimum prices for tobacco products by France, Austria and Ireland infringed EU law, pointing out that increased taxation could legitimately be deployed to discourage consumption and thereby protect public health.
But Scots health minister Nicola Sturgeon insists her government’s position is supported by legal advice.
And just to confuse matters even further, UK public health minister Anne Milton told a Westminster committee that, according to her advice, minimum pricing legislation was likely to contravene European free trade legislation.
In the wings, the doubters who believe that price controls penalise those with limited incomes and do little to address problem drinkers. There’s also the argument that retailers’ profits will be boosted rather than the public coffers, although Sturgeon hopes “the reduction in consumption will balance out any additional revenue from a higher price”.
While the minimum unit price has yet to be set, the much-mooted figure of 45p would fix floor prices for standard size bottles of gin and whisky at, respectively, £11.82 and £12.60. At 50p per unit these prices would rise to £13.13 and £14.00 and there’s now speculation that the Scottish Government might well take that step, boosted by their parliamentary majority and cheered on by the health campaigners.

It strikes me that the UK Government’s position is absolutely pivotal.

There will be a legal challenge – that’s absolutely certain.
But if the Scottish Government ultimately prevails, what are the likely consequences?
Back in September 2008, writing in an English Sunday newspaper, justice minister Kenny MacAskill referred to tales of huge distribution hangars just over the border set to flood Scotland with lorries carrying ‘three for two deals’ that were due to be outlawed here.
The recent multibuy ban hasn’t produced that dramatic effect, but there are predictions that minimum pricing will result in white vans shuttling between Scotland and northern England, with ‘cut price’ alcohol being touted round housing estates, car boot sales and the back doors of pubs and shops.
With own-label whisky accounting for around 26% of the market, meanwhile, there are real fears that a price hike will cost jobs in that industry.
It strikes me that the UK Government’s position is absolutely pivotal. In January 2011 Home Office minister James Brokenshire announced a proposal to ban the sale of ‘below cost’ alcohol in England and Wales from April this year, preventing sales at a price less than the rate of duty plus VAT. Compared to Scottish minimum pricing, the effect would barely be noticeable and leave most drinks unaffected. Only a couple of months ago Brokenshire announced that the plan would be the subject of an “impact assessment” in the new year.
But recent reports suggest that David Cameron is now seized of the merits of minimum pricing – despite further European law warnings. A “well-placed source” told The Daily Telegraph that he’s keen to push up the cheapest alcohol prices but “very concerned” about protecting traditional pubs. I doubt whether Westminster politicians would have the political nerve to back Cameron but minimum pricing throughout Great Britain would be a real game changer.
One thing’s certain: the Minimum Pricing Bill will be enacted in 2012. But expect to find it kicked into the long grass as we enter 2013 when the arguments are likely to have found their way into the courts.