British consumers were dining out more often at the end of last year than they were in the middle of 2011, according to professional services firm Deloitte.

A recent survey carried out on behalf of the company found that 12% more consumers were dining and drinking out towards the end of last year compared to April.
The Taste of the Nation survey, which spoke to 3000 adults across the UK, attributed this growth to two key groups: 18-34 year olds and ‘frequent users’ – a term attributed to people who go out at least twice a week.
The average UK consumer went out for food and drink an average of 19.7 times per month in October 2011, up from 17.5 times in April last year. However, this number increases when looking specifically at the 18-34 age group.
Consumers in the younger age bracket were said to have gone out for food and drink 30.4 times a month on average, almost twice as often as 35 to 54 year olds. 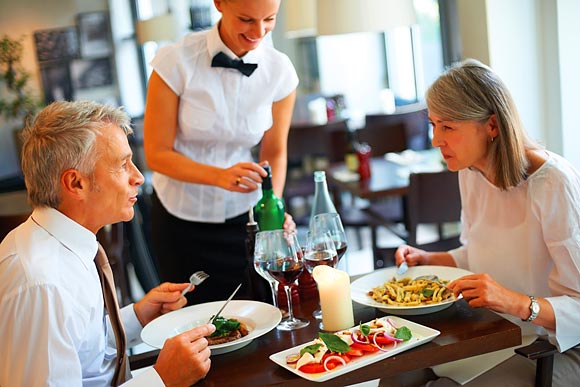 The figures refer to visits to coffee and sandwich bars and ‘quick service outlets’ as well as pubs, bars and restaurants.
London was found to be the most active area in the UK for eating and dining out, with Londoners going out on average 28.2 times a month. The north of England was the second most active region, at an average of 20.6 occasions a month.
Men went out more often than females, the research found, with males said to have dined out on average 23.9 times a month – compared to 15.3 times a month for women.
Jon Lake, corporate finance director in the licensed retail group at Deloitte, said the market for eating and dining out has “bucked the trend” in recent months.
“Whilst an element of the growth can be attributed to seasonality and the welcome boost provided by a late summer, these latest findings demonstrate the continuing resilience of the going out market and are a reflection of the importance of the sector for the UK consumer,” he said.
However, Lake added that consumers expect to be financially worse off at the beginning of the year, and may go out less often as a result.
But he said operators willing to go the extra mile will continue to flourish.
“The coming months may prove more challenging,” he said. “However, consumers are still regularly going out and those operators that continue to be innovative and tailor their offer accordingly should continue to prosper.”