STEWART Jarvie, executive head chef at Edinburgh’s George Hotel and Tempus Restaurant, has been sworn in as a member
of the prestigious Master Chefs of Great Britain.

Jarvie, who has worked in the catering industry for 21 years, was nominated by colleagues and interviewed by the organisation before being accepted.
Backed by a number of catering industry suppliers, The Master Chefs of Great Britain aims to promote the best British produce as well as provide support and training to up and coming talent.
Jarvie said becoming a member of the association had been an ambition since he started out in the industry and that he was “truly honoured” to realise his goal.
“I am proud to emphasise the use of locally-sourced, seasonal foods when preparing my menus for Tempus; I hope to use my skills and expertise to train and develop the chefs of tomorrow,” he said.
Jarvie has twice represented Scotland in the World Culinary Championships and last year spent time in Abu Dhabi as part of a week-long Scottish event held at the Beach Rotana luxury hotel.
Jarvie and another Scottish-based Masterchef, Donald Munro, prepared a traditional Scottish menu at the resort’s Finz restaurant. 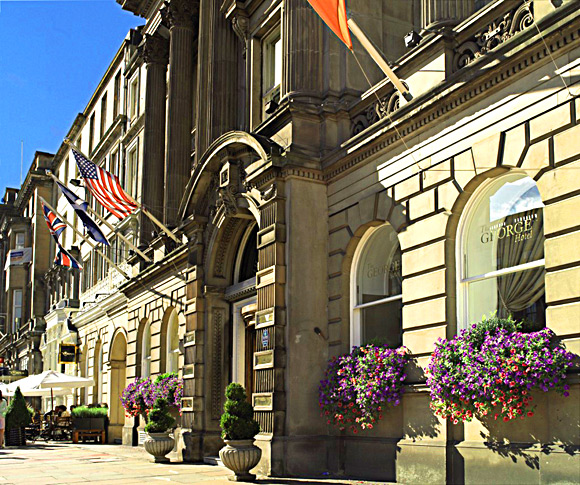 Stewart Jarvie, who works at The George Hotel in Edinburgh, has fulfilled a long-held ambition in joining the elite body.