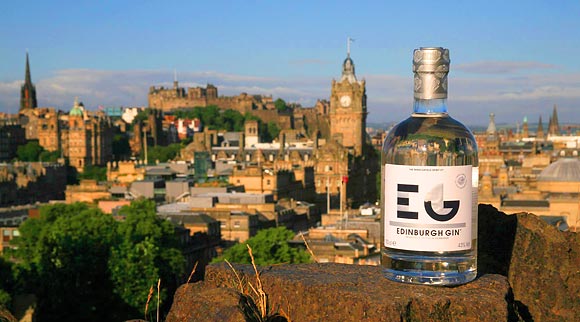 A GIN distilled on a farm in Fife is now appearing on the shelves of upmarket retailer Waitrose.
Spencerfield Spirit Company, which makes Sheep Dog malt and Pig’s Nose blended whisky, secured the prestigious listing for Edinburgh Gin after founders Alex and Jane Nicol met a local Waitrose manager at the Taste of Edinburgh festival last summer.
The small-batch gin is said to have been so successful since its launch in June 2010 that a new raspberry infusion, made with Perthshire raspberries, has also been released.
Waitrose has become the first supermarket to supply Edinburgh Gin, which until now has been sold in farm shops, delicatessens and online.
“I’ve worked for many years in the industry and I don’t want to compromise quality for quantity, but Waitrose allows us to reach a wider audience of customers who are interested in good food,” Alex Nicol said.