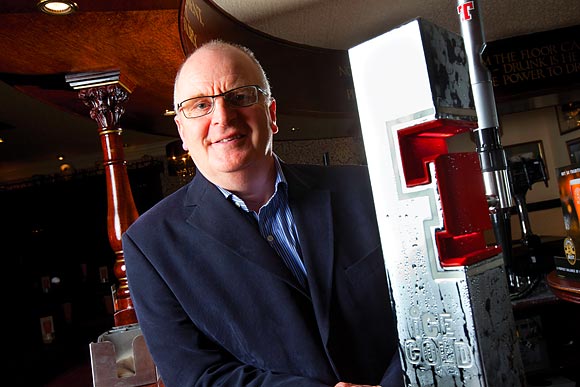 SOME of Scotland’s best-regarded craft beers are poised to reach a wider audience thanks to a new distribution deal with Tennent Caledonian Breweries.

The owner of Tennent’s Lager, part of Dublin-based C&C Group, announced before Christmas that it has teamed up with regional brewers Harviestoun, William Bros and Sinclair Breweries to offer a selection of their beers to TCB customers around Scotland.
The first ales to be distributed under the deal, which seeks to cover a range of styles and regions, are three craft beers in keg format – Harviestoun’s Bitter & Twisted and Schiehallion, and William Bros’ Joker IPA – and two in cask: Orkney’s Dark Island and another William Bros brew, Cock o’ the Walk.
But it’s not only with Scots ales that TCB has extended its wholesale portfolio: the brewer confirmed it’s also now distributing Spain’s Estrella Damm and the Czech Republic’s Budweiser Budvar. The new additions join the likes of Timothy Taylor’s Landlord, Deuchars IPA and Caledonian 80/- on TCB’s wholesale list.
“It’s to do with extending our portfolio,” explained John Gilligan, TCB sales managing director, to SLTN before Christmas. “I see us as a brewer and wholesaler, so in order to address the whole market we accept that we need to wholesale products if our own portfolio doesn’t hit the market.
“This is about extending the portfolio with people who see us as helpful and as a good route to market.”
Gilligan, who joined Tennent’s from William Morton in September, said the deal could be extended with other ales from the brewers involved.
And, as well as catering for a variety of consumer tastes, he said the arrangement was also about supporting the trade and the wider Scots economy.
“It reinforces our intention to help Scotland – we’re quite happy to help smaller people come into the business and help them grow their products,” he said. “We know our limitations – it’s difficult for us to be large and niche.”
Tennent’s relationship with Harviestoun extends to more than distribution, with the firm having embarked on a two-year partnership as the Alva brewer’s exclusive keg beer distributor.
From this month TCB will carry out all kegging of Harviestoun brands (in 30l and 50l kegs) at Wellpark in Glasgow.
Harviestoun boss Chris Miller described the arrangement as strategically important as the brewer continues to drive the craft keg market in Scotland.
“There’s a logistics benefit for everybody, and of course there is the scope to tap into the TCB route to market and its customers who have expressed an interest in the Harviestoun portfolio,” he said.
“It’s all about being able to take it to new people with a primary distributor who is the dominant route to market in the Scottish marketplace.
“It’s fantastic that TCB recognises there is a craft beer opportunity out there in keg, and it’s fantastic it’s going to have craft keg in its portfolio to complement its own brands.”
Meanwhile, Gilligan said the response to Tennent’s new mainstream ale, Caledonia Best, had been “phenomenal”.
“It’s absolutely fantastic, both from [the] customer and consumer,” he told SLTN.
“It’s all over Scotland now, and across all types of business.
“People are asking for it now, which is a dream scenario.”