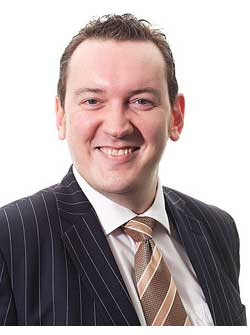 MAJOR change is on the way for Scots pubs which have gaming and gambling at the heart of their offer.

From April a new tax will be applied to pub quiz machines, meaning operators will for the first time have to pay tax on profits earned by games like Who Wants to be a Millionaire.
Until now such machines have been unregulated by HMRC. But at the Budget in April a new Machine Games Duty will be ushered in, replacing the current Amusement Machine Licence Duty.
And one gaming expert warned that the humble quiz machine could become too expensive to run for many pubs.
“I have expressed concern before that this new tax will lead to the death of the pub quiz machine,” said Lindsays solicitor Stephen McGowan, author of three books on gambling law.
“There are two bands of this new tax and disappointingly skill machines like pub quiz machines are in the higher band as things stand.
“The implication is that classic pub quiz machines like Who Wants to be a Millionaire will become unviable and licensees will look for alternatives. These machines are not part of the current tax regime because they are not gambling machines – winnings rely purely on the player’s skill and knowledge, as opposed to luck and chance. But the new regime has purposefully removed this distinction in order to ‘catch’ skill machines and increase revenue for the taxman.”
News of machine games duty comes as the UK Government considers changing the stakes and prizes available to pubs offering poker nights. McGowan said the government “should at least consider raising the stakes for poker in pubs as part of the ‘triennial review’.
“The limits came in five years ago now so there is scope for an increase,” he told SLTN. “The current maximum stake for pubs is £5 a player. That could be raised to, say, £10, which would make the maximum prize much higher of course, meaning poker nights could be more attractive to get punters in the door.”
A wider review of Gambling Act 2005 is being undertaken by the Commons Culture, Media and Sport committee.
“The review is underpinned by a general concern that the Act is not very successful,” said McGowan. “The operators have issues with red tape and exorbitant fees for little in return, the local authorities in Scotland are struggling to get to grips with the regime, and anti-gambling organisations see it as too liberal. However, what really spurred this review is a perceived concern over online gambling. Operators who are registered in the UK require to be vetted by the Gambling Commission but that red tape can be avoided by registering in, for example, Gibraltar.”