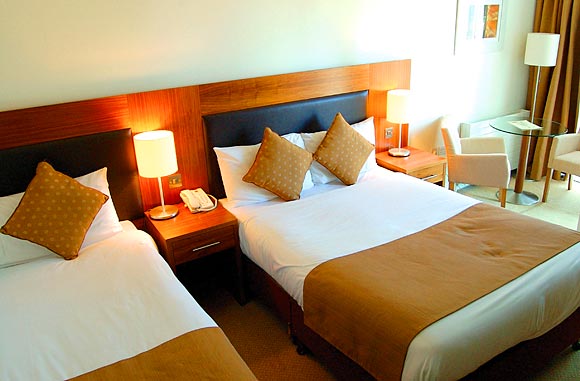 THE availability of finance holds the key to success for the UK’s hotel sector this year.

Industry consultancy HVS London said access to investment is vital if operators are to fund hotel transactions and refurbishments.
Claiming that the “modest” rise in trading last year was offset by a “continued dearth” of available finance, HVS London director Tim Smith said investment – from traditional sources like banks or new sources such as institutional investors – is key if the industry is to flourish in 2012. But he warned that unless the European economy sees a “significant upturn”, traditional lenders are likely to continue taking a “hard line” on hotel investment.
“Lack of available debt financing will be an ongoing constraint for many transactions, both in the UK and across the European market,” said Smith.
“New full service hotel openings in 2012 will be mainly limited to key gateway cities, such as London and Paris.
“Banks with loans that need refinancing will either continue to ‘extend and pretend’ or lose patience and force a sale, possibly via insolvency.”
Claiming that hotels in several UK regions saw an improvement in trade last year compared to 2010, HVS London said hotels in Edinburgh had a “particularly strong” year, especially in August 2011 when both occupancy and average room rate “far exceeded” London; hotels in the Scottish capital are also said to have enjoyed the highest occupancy in Europe for several months last year.
But Smith warned that no hotel operator is safe from the recession.
“Von Essen was a major victim last year, but I doubt it will be the last,” he said. “The good news is that most of the hotels have found new owners – proof that it is more often the corporate entity rather than the hotel that fails.”