A FEW months ago I drew attention to a worrying trend in relation to test purchase failures.

Licensing boards had started to use their immediate licence suspension powers, even in cases where an operator with a good track record had apparently done everything possible to prevent underage sales of alcohol.
There can be no quarrel with a determination to come down hard on irresponsible operators, and I’m sure that boards are convinced they are acting in the public interest.
Nevertheless, it seemed that conscientious licence holders were now required to demonstrate an unachievable standard of perfection.
Matters have now moved up a gear with the rejection of an appeal by supermarket operator Lidl following a five-day licence suspension.
Strathclyde Police called for a review of the licence after a bottle of rosé wine was sold to an undercover youth aged around sixteen and a half. The sale was made by the store’s duty manager, who was the holder of a personal licence.
At the review hearing Lidl’s lawyer told the licensing board of the various steps taken by his client to ensure that staff involved in alcohol sales were properly trained. After a review of CCTV footage Lidl had terminated the duty manager’s employment because he had not followed the company’s age-challenge policy.
The crux of Lidl’s argument was that the single test-purchase failure (a second test was passed) stemmed from the fault of the employee, rather than a fundamental systems failure on the part of the premises licence holders.
The licensing standards officer reported that he had no adverse comments to offer in relation to the operation of the premises.
When the appeal came before the Sheriff, Lidl’s challenge appeared to be on a sound footing.

Licensees had to demonstrate an unachievable standard of perfection.

Last year, a Sheriff Principal overturned a two-month suspension imposed on a Co-op store in Port Glasgow, ruling that the suspension of a licence for any length of time was “disproportionate” where a “casual error” led to a first offence and a warning would normally be more appropriate.
But the Sheriff upheld the penalty imposed on Lidl for reasons which I find difficult to follow.
Certainly, the duty manager had taken no steps to verify the age of the test purchaser; and, as usual, the police had been at pains to point out that he or she did not look older than sixteen and a half. The sale had been made by a person occupying a senior position in the store.
But it’s hard to discover from the Sheriff’s judgment just exactly where Lidl was at fault. What more might it have done?
According to the Sheriff, there had been no “fail-safe check” – but he gave no indication as to what additional precaution might have been taken.
The Sheriff also decided that, in effect, a licence suspension in these circumstances served the “prevention of crime and disorder” licensing objective by having a deterrent effect.
“The matter of deterrence serves to remind premises licence holders of the need to maintain high standards in respect of the sale of alcohol and the possible consequences of failure to adhere to such standards,” he said in his judgement. “It should serve to remind licence holders of the need to employ staff who are likely to comply with the licensing law, the necessity of being vigilant in respect of systems for preventing underage sales and necessary staff training.”
In other words, a suspension of the premises licence would ‘send a message’.
This reasoning seems to place conscientious operators and those who are neglectful of their obligations in the very same bracket.
Small businesses would probably have no option but to take this decision on the chin.
But Lidl has launched a further appeal to the Court of Session, likely to be heard in the middle of next year, when we’ll have a decision of considerable importance to the trade. 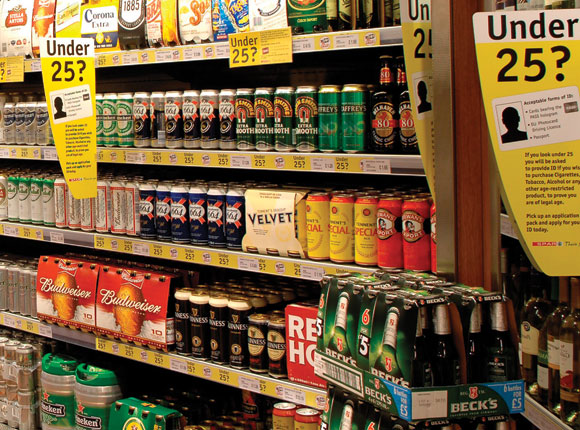