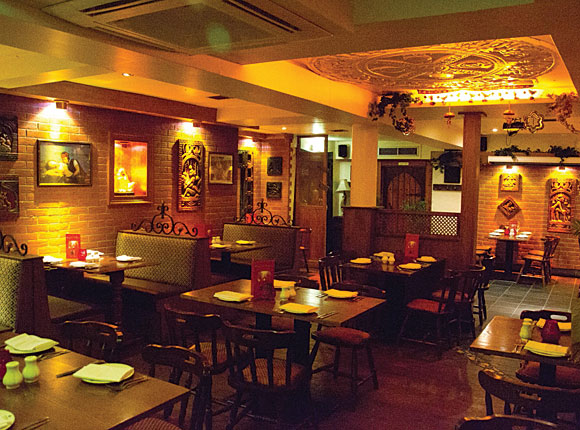 CHRISTMAS has come at a good time for the Kama Sutra Restaurant Group.

The Glasgow-based Indian food operator, which was formed in September last year, has launched its first restaurant in the Scottish capital in time for the festive season.
It comes shortly after the group, run by directors Rajesh Saraf and Asha Bains, took its first steps out of its native Glasgow with a Kama Sutra on Stirling’s Upper Craigs.
Speaking to SLTN shortly before Kama Sutra launched on Edinburgh’s Lothian Road, Saraf emphasised the importance of getting the venue up and running before Christmas.
“Christmas is extremely important for all businesses,” said Saraf, a former operations manager with the Harlequin Restaurant Group, owner of the Ashoka chain.
“When the festive period starts and people are out shopping they’re more psychologically prepared to eat out. It’s also very important because you tend to see a slump in the following months, so we’re working hard to be as successful as we can.”
The Kama Sutra group has grown rapidly since Saraf and Bains formed the business, with venues spun out of the Harlequin group. Its portfolio includes the Kama Sutra restaurant on Glasgow’s Sauchiehall Street, The Mill in Darnley, and two further Sauchiehall Street venues – Torres Tapas Restaurant and Slumdog Bar and Kitchen, the latter run under management contract from Charan Gill.
Saraf said he and Bains are confident the Kama Sutra brand is strong enough to work in other cities, having been convinced to take the plunge in the capital after sampling its wares at a major food festival in the summer. However, he said the Edinburgh offer would differ slightly to the fayre in Glasgow.
“The focus will be on a lighter version [of the Glasgow dishes], concentrating on health food and seafood – crab, salmon, lobster,” he said. “People are looking for a change, something different – hopefully we’ll be able to offer it.”