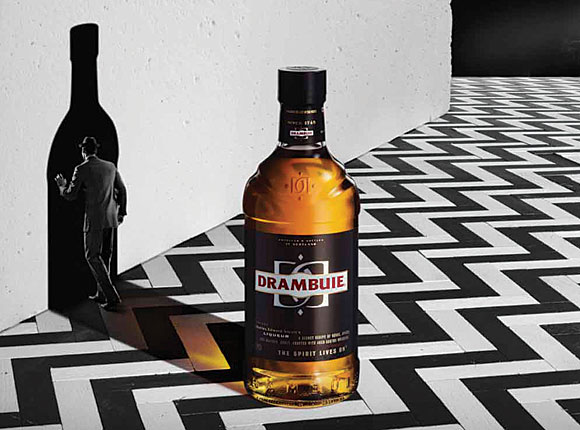 WHISKY liqueur Drambuie is preparing for its most lucrative time of year with significant marketing activity in Scotland and the UK.

A TV ad campaign will be screened north of the border in the run-up to Christmas and display materials will be distributed to stockists. It comes as the brand launches a new global marketing campaign down south.
The company is also promoting different serves over the festive season in a bid to broaden the liqueur’s appeal.
“Drambuie is placing a lot of emphasis this season on our serve suggestions,” said senior UK brand manager Vicki Wonders.
“For example, we are encouraging consumers to try and ‘make it Rusty’ by adding Drambuie to a traditional cocktail to give it a modern twist.
“The Rusty Mule, for example, is Drambuie served over ice in a tall glass with ginger beer and fresh lime. This creates a fresh new flavour dimension to the classic Moscow Mule.”
Wonders told SLTN that 65% of Drambuie’s sales take place in October, November and December, and the brand is hoping to improve on last year’s performance, which was in turn an improvement on its 2009 figures (up 9% in value and 8% in volume).
This Christmas the company is also hoping to build sales of its recently launched connoisseur expression Drambuie 15, a premium version of Drambuie containing a selection of 15 year old Speyside malts.
Wonders said Drambuie 15 “should appeal to existing Drambuie drinkers looking to trade up or malt enthusiasts”.
Meanwhile, Drambuie has kicked off a new global marketing campaign in London. The new activity, titled ‘a taste of the extraordinary’, launched late last month in the UK capital, as well as in Greece and Chile, ahead of a full global launch next year.
The campaign aims to make Drambuie more accessible to younger drinkers, specifically 25-44 year old professionals, and features imagery by photographer John Ross, who has previously created album artwork for the Manic Street Preachers, DJ Shadow and the Pet Shop Boys.
Wonders said the campaign will encourage consumers, as well as on and off-trade stockists, to “reconsider the brand and its place in their repertoire”.