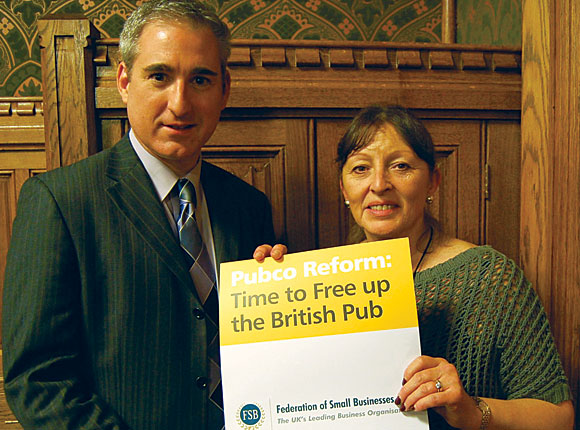 In its response to the latest report by the Business Innovation and Skills (BIS) committee, which has been carrying out a long-running enquiry into pubcos, the government ruled out removing the beer tie.
Pointing out that an OFT probe had found no evidence of the tie causing competition problems, the report concluded that “it sees little evidence to indicate that tied pubs are more likely to close, as has been suggested”.
And despite pressure from the committee, as well as CAMRA, the All Party Parliamentary Save the Pub Group and other tenant lobby groups, ministers declined to put the pubcos’ industry framework code of practice on a statutory footing.
The government has committed, however, to a range of reforms, which include making the code legally binding, by incorporating the code into new agreements.
The ‘self-regulatory’ package also includes the creation of a Pub Independent Conciliation and Arbitration Service (to mediate and arbitrate on matters relating to the framework or company codes, with the results binding on both sides); a three-year re-accreditation process for company codes; a new Pubs Advisory Service; and a plan to strengthen the code of practice, with a particular focus on FRI (full repairing and insuring) leases.
Hamilton tenant Lynn Adams, who was part of a Westminster rally calling for reform on the eve of the government’s response, said the outcome was disappointing.
“They haven’t addressed the beer tie,” Adams told SLTN. “While fixing the red tape all around about it is welcome for certain things, the tie and pricing is the main issue for every leaseholder in the country – and they haven’t fixed it.
“In the report they said the investigation by the OFT didn’t find any fault with it, that it’s a fair practice, which it’s not. It’s shocking.”
Greg Mulholland, the Liberal Democrat MP for Leeds North West and chair of the Save the Pub group, called the government’s response “baffling and illegitimate”.
“This is a quite baffling response from the government, considering that ministers clearly signed up to the plan put in place by BIS in March 2010, which was to legislate and rebalance the industry if the pubcos failed to reform,” he said.
“There are clearly questions of ethics here. Effectively ministers have been negotiating with one side of this long-standing dispute without the other side even knowing about it and haven’t even consulted with the majority of industry organisations about what should be in the code of practice.”
The British Beer & Pub Association, which represents pubcos, defended the tied model as a “low-cost means” of entering the industry, and praised the steps taken by landlords in response to the committee’s continuing investigations.
The BIS committee was due to question minister Ed Davey on the government’s response this week (December 6). Committee chair Adrian Bailey MP said: “The government has not delivered the statutory intervention we recommended.”