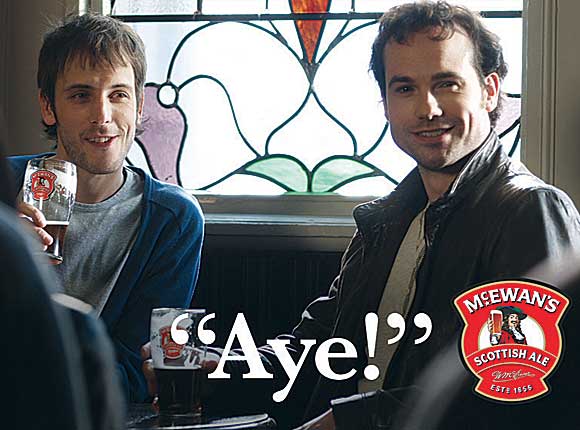 FAMOUS Scottish ale McEwan’s has returned to television screens in the latest stage of its ‘Aye!’ campaign.

The campaign, launched last year, celebrates the Scottish use of the word ‘aye’ in everyday conversation, and it’s the only word spoken in the 30-second TV advert.
The ad will screen until the end of this month on STV, Channel 4 and Five.
The new advertising campaign is the first visible activity for McEwan’s since the brand was taken over by English brewer Wells and Young’s in October.