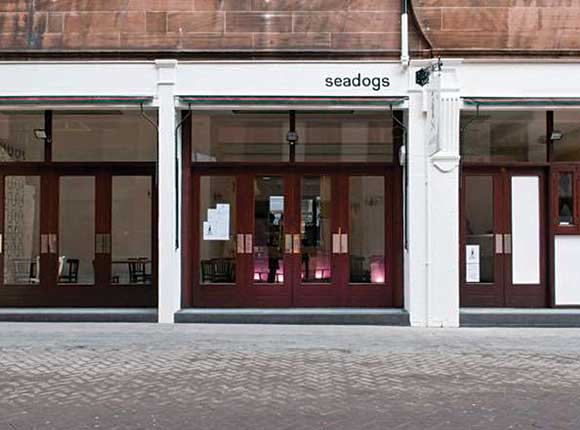 A NEW owner is sought for the Edinburgh seafood restaurant that operates under David Ramsden’s portfolio of Dogs outlets.

Situated on Rose Street, Seadogs was a sister venue to The Dogs, which opened on Hanover Street in March 2008, and Italian-influenced Amore Dogs, which Ramsden launched a few doors away from the inaugural venue the following year.
Alan Goldie, director of The Restaurant Agency, which is marketing the property, said the 60-cover restaurant offers good visibility in a central location.
“This is a real opportunity to trade in one of Edinburgh’s prime trading areas,” he said.
“The business sits below a 43-bed Travelodge and enjoys a 12-metre frontage with room for pavement dining outside.
“Seadogs has been a favourite with locals and tourists but due to the consolidation of the Dogs brand it has been offered to let (de-branded) at offers over £95,000 for the leasehold interest.”
Staying in the capital, The Restaurant Agency has brokered the sale of the former Loopy Lorna’s Tea House on Morningside Road to Ernesto and Lisa Crolla and joint business partner Massimo Lilli.
Ernesto and Lisa, formerly of Lazios and Massimos on Lothian Road and Antigua Street, have launched licensed Italian cafe Caffe e Cucina on the site – offering tea, coffee, lunch and dinner – after a refurbishment.
“It is a pleasure to hand over the reins of such a successful location to such an enthusiastic couple,” added Goldie.
“There understandably was an amazing level of interest when Gaynor of Loopy Lorna’s put the site on the market and I know Ernesto and Lisa have the same drive and ambition to make a success of their new business venture. They have committed to a new lease and this should ensure some longevity of occupation for the future.” Goldie said The Restaurant Agency will continue to act for Loopy Lorna’s and its franchise expansion plans from its base at Church Hill Theatre.