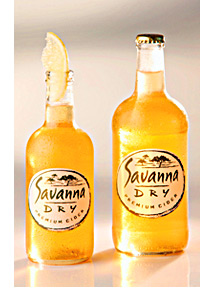 SOUTH African cider brand Savanna Dry has embarked on a fresh marketing push this month ahead of the festive season.

A ten-second TV ad was launched on ITV2 earlier in the month that will reach an estimated 2.5 million 20-35 year-old consumers in the course of its run. The activity is the second burst of TV advertising for Savanna this year, following an initial TV campaign on Channel 5 and ITV1 during the summer.
“Savanna is the third largest selling cider worldwide and although still relatively new in the UK, is making great strides here,” said Sian Ballantine, European marketing manager for Savanna.
“We have invested heavily in the brand because we recognise there is considerable potential given the reception it has received and the unique proposition.
“This second tranche of investment will reinforce Savanna’s presence in the take home/on-trade sector during what is a busy sales period in the run up to Christmas.”
Savanna is produced in and imported from the Western Cape, distributed in the UK by Babco UK.