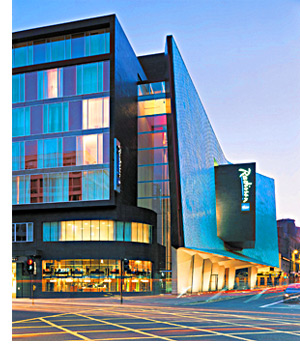 THE parent companies of five-star hotels in Glasgow and Edinburgh have gone into administration.

MacLean awarded an MBE for services to Scotch