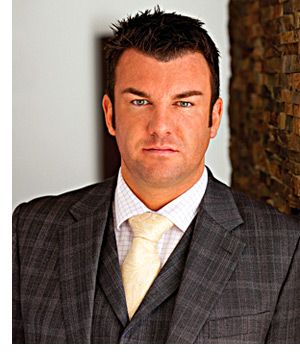 THE firm behind Airth Castle and Glenbervie House hotels has bolstered its portfolio with two Perthshire properties.

Aurora Hotel Collection has bought Cairn Lodge in Auchterarder from liquidator Campbell Dallas in a seven-figure deal brokered by Jones Lang LaSalle.
Chief executive Steven McLeod told SLTN work is already underway on a £1 million refurbishment of Cairn Lodge, with the property to be relaunched as The Cairn – a five-star, 16-bedroom hotel, bar and restaurant, in February.
Aurora, meanwhile, has taken over the management and marketing of the Kenmore Hotel at Loch Tay.
A refurbishment, which McLeod said will position it as a four-star hotel, is underway and the first phase of a development of 20 luxury lodges is complete, with four of the properties built.
McLeod, named SLTN Entrepreneur of the Year 2010, said both properties are a “good fit” with Aurora, which also owns Solsgirth House near Dollar, Hetland Hall Hotel in Dumfries-shire, and the Coach House in the Glenbervie estate.
“I first looked at Cairn Lodge three years ago and I knew it would be a good fit for the company,” he told SLTN.
“It will be finished in February and bookings are already phenomenal.
“The restaurant will be a big part of the offer; it will be a traditional but contemporary Scottish steakhouse with a Josper Grill in the kitchen.
“The Cairn will benefit from the Ryder Cup [at Gleneagles in 2014] but that will come and go, the hotel will be there forever.
“With the Kenmore, Aurora will handle the marketing and the day-to-day management with the team that’s already there.
“We don’t usually do management deals but this was also a good fit for us.”
Aside from the two Perthshire properties, Aurora is set to open its Colessio Hotel in Stirling in May – two years later than planned.
McLeod said the project, which was delayed after a building firm ceased trading midway through the development, is about 60% complete, with work set to resume in the new year.
The company, which employs more than 400 staff, is looking for hotel sites in Glasgow and Edinburgh.
And it has plans to build a 120-bedroom hotel, complete with sky-line bar and spa, as well as luxury apartments and lodges in Glenbervie estate.
“These are all big investments and it is challenging,” he said.
“There’s been a massive change in the last two or three years and there are exciting opportunities out there.
“If the opportunity is there and it’s the right business then we’ll consider it but it’s got to feel right for me before I even think about it.
“At the end of the day I’m a true hotelier and I want to look after my customers and staff.”