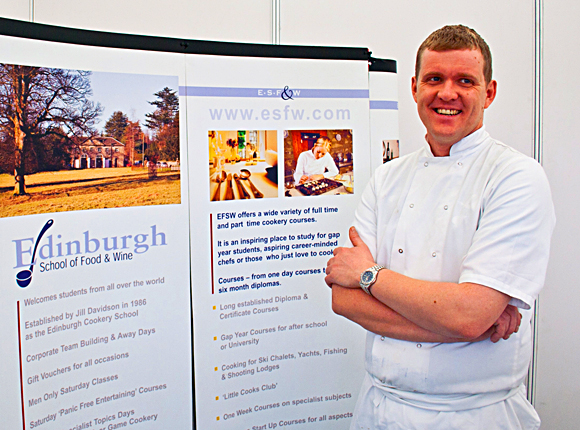 IN the grounds of a country estate, close to the capital, a school is nurturing the hospitality stars of tomorrow.

For 25 years the Edinburgh School of Food and Wine has been teaching people to cook.
These days, however, its ethos is very different to what it was in 1986 – the year it was founded in the grounds of Newliston House by former owner Jill Davidson.
“The landscape is totally different [now],” said Steve Brown, a chef who trained at The Savoy in London and one of the school’s three tutors.
“I wouldn’t describe it as a finishing school as such, but it was certainly a school that was aimed towards girls who needed to learn to cook, essentially to go on to be good wives.
“But that was a very long time ago.
“Over time, we started to teach people who were maybe looking to work in a chalet in the Alps, in the States or in shooting and hunting lodges closer to home.

Everyone at the school is aware of the commitment, but it provides value for money.

“In the past ten years we’ve seen the culture change and everyone’s a lot more professionally driven – not just in catering but in setting up businesses.
“People aren’t as scared as they used to be to set up a business, whereas before you’d do an apprenticeship or go and work somewhere for ten years.
“People are coming to us saying, ‘I want to set up a private dining business’ or a business cooking for kids, and they’re pretty much doing the diploma and going away to do that because we give them the business and culinary knowledge [they need].”
Although the school offers a range of courses for amateur cooking enthusiasts, the focus of its flagship course is largely on helping people make their mark in the hospitality sector.
Brown said the six-month diploma in food and wine attracts its fair share of “bankers turned bakers”, especially in light of the recession, though it’s also popular with school leavers and gap-year students looking to acquire a life skill.
With course fees of £9500, he appreciates it’s a significant investment, but he insists the breadth of the ground covered gives students a great platform.
He said the school, which was acquired by former financier Ian Pirrie four years ago, is as keenly aware of the fee as much as the students.
“Everyone here at the school is aware that it’s a large commitment, but also in comparison with the other schools that are out there, we actually provide fantastic value for money,” Brown told SLTN.
“With our links with Napier [University], the fact students attend university at its Centre for Entrepreneurship and with 720 hours of practical cookery in six months, they get a lot for it.
“Nobody is of the belief that it’s a small amount of money, with us at the top of that list, but we always work with potential students to get them to come into the school and meet the team and understand the kind of environment they’re going to be in.
“And we continually assess the students – we’re BAC (British Accreditation Council) accredited, so you get a lot of bang for your buck.
“We’re setting up a career for people.
“Although you can get something else in a college for a lot cheaper, the environment here and everything else is worth the money you pay.”
And it seems a growing number of students would echo those words.
Despite the country’s ongoing economic woes, a record 20 students took the diploma course this year (it runs every year from January to June), easing fears held by those at the school that the recession might hit business.
“That was obviously something we were concerned about as soon as things started getting as hard as they did,” Brown said.

As long as you can cook you can go anywhere in the world.

“The corporate side of things here at the school was affected, because obviously corporate eventing just stopped.
“But the diploma had its strongest year ever this year and we’re looking good to achieve a strong diploma in 2012.”
As a chef, Brown said he’s loving his role at the school and in helping launch the careers of the stars of tomorrow.
“It’s something I want to do for a number of years,” he said. “I find it extremely rewarding.
“It’s in a beautiful location and it’s my dream job.
“In the current climate, when a banker’s job used to be for life, we’ve kind of come full circle and it’s all about investing in skills and having a skill that can take you all around the world.
“As long as you can cook, you have a transferable skill and can go anywhere – it doesn’t matter what language you speak.
“The fact we’re giving people that practical experience and launching them straight into small businesses and Michelin star establishments is so valuable in a climate that’s so uncertain.” 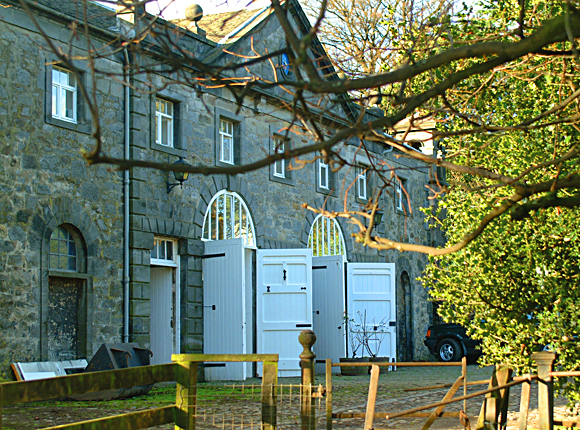