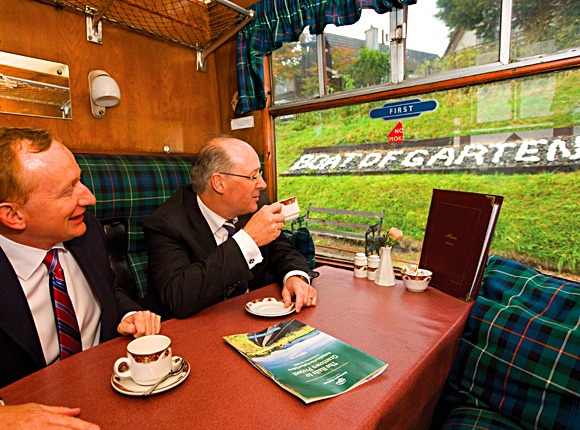 TOURISM marketing body VisitScotland last week announced what’s claimed to be the best ever results for a domestic campaign.

The Surprise Yourself campaign is said to have delivered £89.9m in economic development since it launched with a new TV advert in March.
The results, announced as VisitScotland chairman Mike Cantlay was joined by finance minister John Swinney at the convention of Highlands and Islands, follow figures which suggest the ‘staycation’ trend is going from strength to strength in Scotland. Domestic visits, said to account for 84% of all visits to Scotland, were said to have risen 6% to 5.9m in the first half of the year.