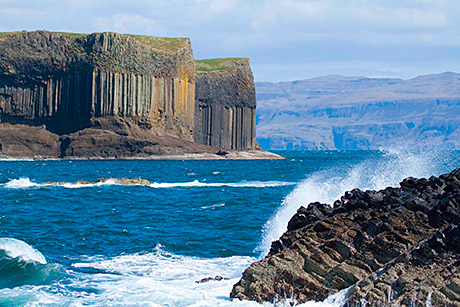 VISITSCOTLAND claims its domestic and international marketing activity helped boost the Scottish economy by nearly £310 million in the course of 2012.
The figure represents a 14% increase on the previous year.

International marketing in 2012 included activity in North America, Germany and France as well as emerging markets such as India and China.
Activity in the domestic market, which is said to account for 84% of visitors to Scotland, included the ‘Surprise Yourself’ TV ad campaign.
Mike Cantlay, chairman of VisitScotland, said: “The latest results of our domestic and international campaigns show just how much VisitScotland continues to deliver for Scotland.
“As Scotland prepares to welcome the world in 2014, we’re working extremely hard to grasp the magnificent opportunities there are for growth.”
The figures were published after VisitScotland unveiled a new £50,000 marketing campaign for the Inner and Outer Hebrides.
Running in national newspapers and radio across Scotland and the north of England, the ads were launched to coincide with the conclusion of BBC documentary series Hebrides: Islands on the Edge.

Image – Fingal’s Cave, in the Inner Hebrides, features in the new campaign.