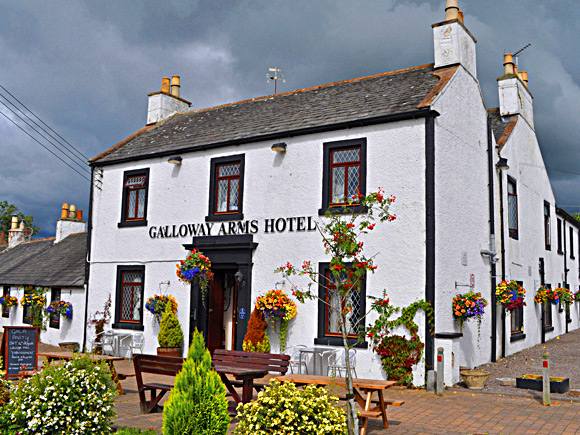 A THREE-star hotel in Dumfries-shire said to be in ‘walk in condition’ has been placed on the market.

Described as having a traditional style with a contemporary twist, the Galloway Arms Hotel is located in the Dumfries and Galloway village of Crocketford. It has ten en suite letting bedrooms as well as owners’ accommodation, a restaurant, bistro and bar.
The current owners occupy a three-bedroom self-contained flat that’s split over two levels, and there’s a further one-bedroom self-contained flat.
As well as operating as a community bar, the hotel benefits from passing trade on the A75.
The property has been extensively refurbished by the current owners over the last year, with the new restaurant and Nine Mile Bar opening last year and the bistro launching earlier this year.
“The Galloway Arms Hotel has been family owned and operated for many years and the present owners have spent a lot of time and effort improving and developing the hotel,” said Graeme Smith of the Glasgow office of Christie & Co, which is handling the sale. “I recommend that anyone interested in this hotel should arrange a viewing in order to fully appreciate exactly what’s on offer.”
Christie & Co is seeking offers around £475,000 for the freehold.