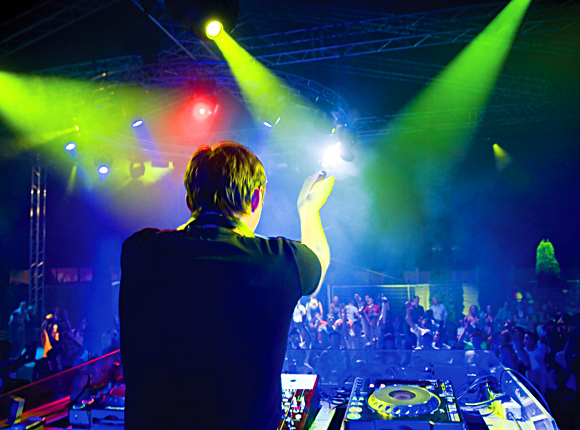 BAR and nightclub operators have cautiously welcomed a music licensing company’s decision to delay a proposed hike in the fees it charges to play music.

Phonographic Performance Limited (PPL), which grants copyright licences to play music on behalf of its record company and performer members, has written to licensees pledging to defer controversial plans to up its tariff for specially featured entertainment (SFE), which covers DJs in clubs, pubs and hotels, until January 2013 at the earliest.
Its proposals would have seen the licence fee for a 200-capacity bar putting on a four-hour event go up from £30.41 to £308.13; while a 1000-capacity club trading for five hours would have been charged £1750.88, up from £90.81. The licensing company planned to phase in the new rates, with 25% payable next year, 50% in 2013 and the full amount from 2014 onwards.
But its proposals, which were out to consultation until October 14, were met with an angry response from operators and trade groups, with more than 400 licensees responding to the initial consultation.
PPL has now extended the consultation to the end of the year and pledged that it will be January 2013 at the earliest before any revisions to the tariff, other than the annual inflation adjustment, are implemented.
In its letter to licensees, PPL said it envisages a “further substantial period of dialogue with all sections of the industry before any conclusions are reached”.
The company said it has scheduled “the first of what is likely to be a number of meetings” with trade groups the British Beer & Pub Association, the Association of Licensed Multiple Retailers, BEDA (Bar, Entertainment and Dance Association) and the British Hospitality Association.
Donald MacLeod, whose firm CPL operates the Garage, Cathouse and Tunnel nightclubs in Glasgow, said the delay gives the trade some breathing space.
“It is a great result but it’s certainly not over,” he told SLTN.
“The hard work starts now; we’ll look at all the strategies available and cut them off at the pass every step of the way.”
BEDA cautiously welcomed the news, but warned that “the threat has not gone away”.
“We will not ease up in our efforts to halt this proposal – we still need to lobby to make clear that PPL’s proposed increases are unjustified, economically unsustainable and totally unacceptable,” said a spokeswoman.
BBPA boss Brigid Simmonds said the move leaves “room for more dialogue in the months ahead”. “The BBPA will certainly use this opportunity to make the case for pubs – but there is still no case for excessive fee increases or a more complex tariff system,” she said.
The SLTA said it would be meeting with other trade groups to “continue to argue against the extortionate rates being proposed by PPL”.
PPL refused to comment further on its decision when contacted by SLTN. “As we have stated from the outset, this is a genuine consultation on the part of PPL,” said its letter.