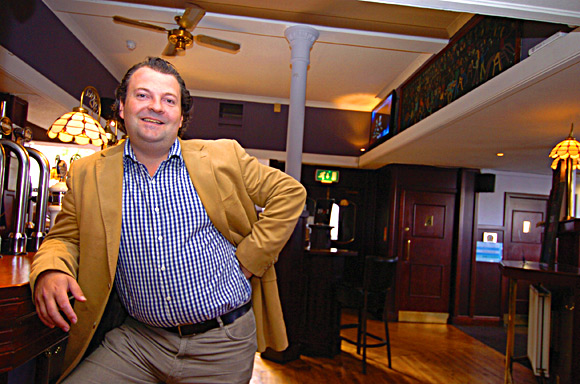 A GLASGOW pub firm is proving that recession can be a time of opportunity as well as threat by confirming plans to grow its estate this year and next.

Graham Sutherland’s Urban Pub Company, whose portfolio includes 1901 on Pollokshaws Road and the Wise Monkey on Great Western Road, is on track to open three further pubs under three new brands before the end of the year.
The pubs are in Hamilton, Cambuslang and Bishopbriggs – areas in which Sutherland says major pub operators are under-represented.
And the acquisitions won’t stop there: Urban plans to open a “series of new outlets” in similar locations under the new brands.
Speaking to SLTN last week, Sutherland, who leases pubs from a combination of pubcos and private landlords, refuted the suggestion that the harsh economic climate means it’s a difficult time to expand.
“At the end of the day, we’ve all gone through a recession in the past – it’s how you manage it that matters,” he said.
“There’s no pressure on us going into the market at this level – we know what the market needs and how to stabilise a business. It’s about cutting your cloth and looking at what the market is doing.”
Urban’s first launch will be The Fox & Ferret in Hamilton, which the operator was due to launch in the former Amigo’s Bar & Restaurant, following a major refurbishment, as SLTN went to press.
That is set to be followed by the Dog & Duck in Cambuslang and the Rat & Parrot in Bishopbriggs in time for the Christmas trading period.
Sutherland said the strategy is to provide the markets these pubs serve with a food and drink offer at affordable prices.
“Our aim is to open up a series of new outlets for these three new brands in provincial towns throughout Scotland’s central belt where major operators do not presently have a presence,” Sutherland said.
“This roll-out represents significant investment and signifies our confidence that there is scope for major growth within parts of Scotland not currently being served by an adequate quality food and drink offering at sensible prices.
“Given the market opportunities arising from the current economic climate, we are convinced that the time is now right for us to embark on this expansion programme.”
News of the three openings comes afters the firm took the keys to The Halt Bar on Glasgow’s Woodlands Road, which Sutherland will initially run under management contract from Punch Taverns.
Running pubs for pubcos and independent operators is a growing part of Urban’s business, with six outlets said to have been added to its ‘burgeoning’ stable in the last six months.
“Punch needed someone in quickly,” he said of The Halt.
“We’re hoping to breathe some life into the place and put it back on the map.
“We’re introducing some real ales and some weiss beers and look to see what we can do with live music, much like what we have done successfully at the Wise Monkey.”
Sutherland refused to rule out The Halt joining his portfolio on a permanent basis.
“In a lot of occasions where we’ve turned a pub around it’s ended up in our core estate,” he said.
“We don’t take anything on that we don’t see an opportunity in.
“We’re pretty choosy – we don’t pitch for everything.”