New decor, menu and entertainment focus has consumers flocking to 1901

Pub-goers from Shawlands, Newlands, Pollokshields and Dumbreck are said to have fallen for the charms of 1901, the bar and grill on Pollokshaws Road, after lessee Graham Sutherland spent around £40,000 revamping the Punch Taverns-owned venue. Sutherland, who launched one of Glasgow’s first tapas bars, El Sabor, in 2001, told SLTN a refurbishment was high on the agenda when he took over the lease last July.
“When we took over the place needed a lot of work done to it,” he said. “It was looking tired. Some of the regulars had drifted away but they’re coming back because they see money is being spent; they can see the place is a lot better.” 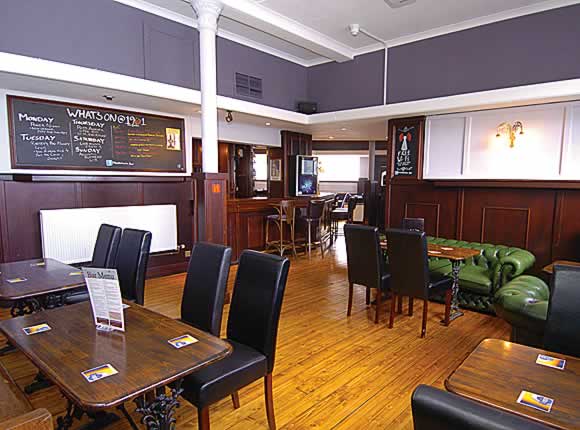 Sutherland has reinvigorated 1901 by repainting the entire premises – now split into distinct bar and restaurant areas – in subdued, contemporary colours, and restoring its original wooden floors. The furniture has been replaced, the bar front remodelled and the kitchen reconfigured and boosted with new equipment, chief among which is the chargrill – crucial to the new menu.
Externally, the facade has also been redecorated, and the outdoor area treated to new tables and chairs – a visible indication to passers-by that a new chapter has been turned.
“The clear idea was to bring the pub back to life, to bring it back where it was three or four years ago,” Sutherland said. “And I think we’ve achieved that in time for summer. Pubs are like any retail space – they have to be a clean, welcoming environment where people come in to ‘shop’, at the end of the day. That’s what they’re doing, they’re shopping for beer. OK, it’s a pub, but it’s still a retail space. And people choose whether to enter based on what they see outside.” 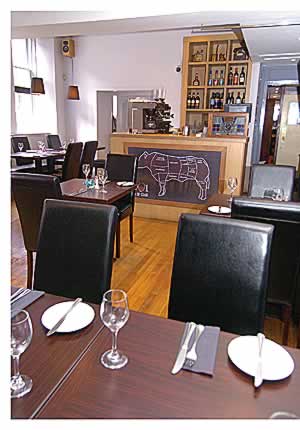 Operationally, Sutherland has presided over the introduction of a new food offer, with separate menus for the bar and restaurant.
Dishes cooked on the chargrill are a speciality, the restaurant menu being underpinned by a wide selection of burgers, Angus steaks and skewers.
The steaks, all cut from Aberdeen Angus beef matured for 28 days, start at £10.95 for the dry aged 8oz ribeye, rising to £19.95 for the 8oz fillet. There’s also a Chateaubriand, a thick cut from the tenderloin, for two, priced £45.
All of the steaks are served with house fries or potatoes, vegetables and onion rings.
The bar menu, meanwhile, offers burgers from the grill alongside more traditional pub meals, including steak pie, fish and chips and pizzas.
Sutherland said 1901 has long had a good reputation for its food, which he attributes to the skills of chefs who have been with the business for more than a decade.
But when he took over he received several comments from customers that the eating experience was no different in the restaurant to the bar.
Such feedback prompted him to split the premises in two more officially, with a more expansive menu introduced for the more formal dining area.
“I decided to bite the bullet and slightly raise the prices [in the restaurant] – [in the past] we could have a really busy day in here and the spend per head would have been horrendous because of the cheap bar deals,” he explained.
“The spend per head will go up but it’s still very reasonable.
“If people want fish and chips, steak pie, traditional bar food, that’s available in the bar.”
Alongside the changes to the menu is a new focus on entertainment. 1901 now has a packed programme of poker, quiz and live music nights, in addition to live football. 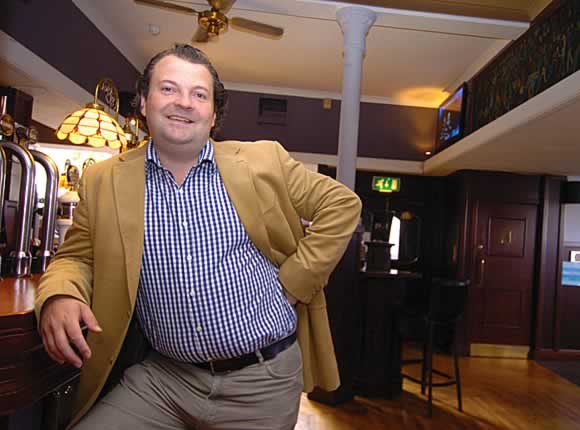 Sutherland said the events have helped the bar rediscover its community feel, suggesting it’s the simplest, most traditional activities that encourage people to get off the couch and down to the pub. “All we’re trying to do is evolve and keep the business moving forward,” he said. “Sometimes it’s going backwards and taking a place like this, a gastro pub, and putting on a race night. People often wouldn’t think about that, but we get busy, busy nights from them. No matter whether you earn £10,000 or £100,000 a year people enjoy these things because they’re a laugh, especially in here. It’s a social, community thing.” With this amount of love in the air, the romance at 1901 would seem to be back on.

Trade times » 
GRAHAM SUTHERLAND entered the trade at 17, a natural progression given his parents had owned pubs (though he never worked in the family’s venues). He ran the Doll’s House restaurant in St Andrews before launching El Sabor in Glasgow. A corporate role with Punch Taverns followed before he returned to the trade by taking on the lease of The Wise Monkey, also in Glasgow, last February. He took on 1901 last July.