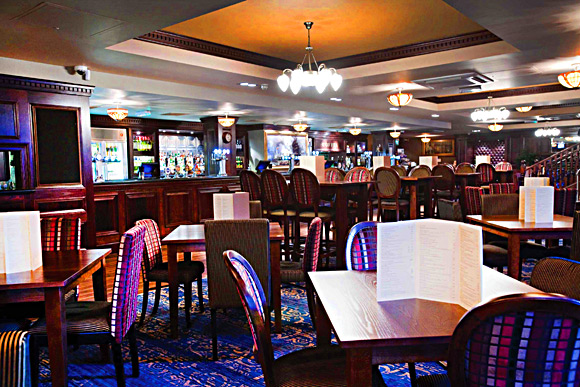 THE remarkable battle between Ayrshire operator Buzzworks and pub giant JD Wetherspoon has spawned a decision that could spell real uncertainty for licensed trade developments.

As reported in SLTN, a proposal by Wetherspoon to construct a large capacity pub on the site of a former Woolworths store on Prestwick Main Street attracted a deluge of objections, including one from Buzzworks, which owns Elliots bar and restaurant just down the road.
On November 11 last year, it looked to be game, set and match to the pub giant when South Ayrshire licensing board dismissed concerns that the development would compromise the licensing objectives and result in overprovision.
Unsuccessful objectors to a premises licence application have no right of appeal.
But in an extraordinary twist some four months later, Buzzworks lodged a petition for judicial review in the Court of Session seeking to have the grant of the licence overturned. This type of court proceedings is known as an ‘extraordinary remedy’ and generally it’s only available where there is no other means of redress.
The Prestwick-based company argued the licensing board had not given sufficient reasons for the decision and had failed to properly apply the law in relation to overprovision.
Not surprisingly, Wetherspoon, which had completed a 30-year lease agreement on the premises, vigorously countered that the Buzzworks challenge came far too late. After all, if Wetherspoon had failed to gain approval it would have been required to lodge an appeal writ no later than December 13.
Temporary Judge Morag Wise QC made a number of findings with considerable implications for objectors’ rights.
Crucially, as it turned out, on December 23 Buzzworks’ lawyer wrote to his counterpart representing Wetherspoon putting him on notice that counsel’s advice was being sought as to the possibility of a judicial review. That step, according to the judge, broke Buzzworks’ silence, which might otherwise have been fatal and, in all the circumstances, the delay in starting up the judicial review was not unreasonable.
Furthermore, the board had not sufficiently set out its reasons for dismissing the objections and had taken a wrong turn in relation to the objectors’ overprovision arguments by deciding that, absent of any basis to refuse on a licensing objectives ground, it was stymied when it came to overprovision.

Under the 1976 Act a challenged licence could remain in limbo for years.

The board, according to the judge, had become confused as to the implications of last year’s successful appeal by Tesco against a decision of the licensing board in Aberdeen where overprovision was at the centre of the contest.
So, the grant of the licence was overturned and a replay was ordered, in which Wetherspoon claimed victory once more.
Under the Licensing (Scotland) Act 1976 objectors enjoyed a right of appeal to the Sheriff Court and, thereafter, the Court of Session. The wheels of appeals turned slowly and a challenged licence could remain in limbo for years, sometimes completely sinking new developments.
The new Act swept the right away and for the first time, “any person” could oppose a licence. But as a result of the Buzzworks/Wetherspoon battle it’s now clear that a victorious licence applicant cannot proceed with any degree of security, even though a licence has actually been issued (as it was here on January 10, 2011 – some two months before the Court of Session process was commenced).
Certainly, aggrieved objectors who take judicial review proceedings need considerable funding and a very high degree of confidence that they have strong legal arguments.
But I’m almost tempted to conclude that it would be better to give objectors a proper right of appeal with the tight timescales facing disappointed applicants rather than leave newly-granted licences under a cloud, bearing in mind that, in this case, the re-hearing took place almost a year after the original decision.