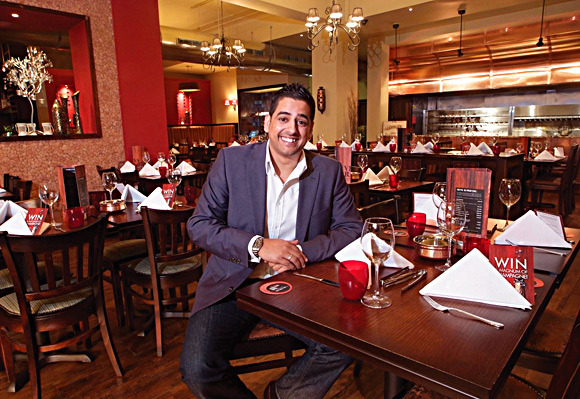 AUTHENTICITY is the name of the game at Glasgow’s newest Brazilian restaurant.

Viva Brazil, on the city’s Bothwell Street, is modelled on a traditional Brazilian ‘churrarscaria’ steakhouse, where meat is slow-cooked on open barbecues and then served to customers straight from the skewer.
When SLTN dropped by last week, the operations director of Viva Brazil Restaurants, Jaf Siddiqi, explained why Glasgow was “perfect” for the concept thanks to its similarities with Liverpool, the location of the company’s other restaurant.
“The people are nice,” Jaf said.
“Just honest, down to earth, hard working people, which is what we want.
“We don’t pretend to be anything that we’re not.
“We’re not pretentious – we just focus on the quality of the food and the quality of the service. We think it’s great value for money for what you’re going to get.”
Though native Mancunians, Siddiqi and business partner Andy Aldrich had previous experience of Glasgow through their Champagne Bars company, which runs Hugh’s bar at Glasgow’s House of Fraser department store.
Viva Brazil is a separate venture, however, funded by several private investors as well as Warrington-based construction company Willian UK, which built both Viva Brazil restaurants.
Working closely with Siddiqi and Aldrich, Willian UK created a restaurant that Siddiqi described as “plush and sophisticated”, while echoing the southern Brazilian flavour of the restaurant’s menu.
“We wanted it to have a warm, but kind of plush feeling, which is why we have the red glasses, the linen napkins, the soft furnishings, the nice booths,” Jaf explained.
“But we wanted to keep it kind of rustic and traditional as well.
“We didn’t want anything in here which was too contemporary.”
The food and drink menus follow this traditional philosophy.
The ‘rodizio’ style of dining sees customers charged a set price for their meal (£23.95 to sample all 15 cuts of meat).
The table is then visited by the restaurant’s ‘passadors’, or meat carvers, who serve the customer the meat of their choice.
The passadors will visit each table continually throughout the night and customers are free to order as much meat as they like.
The food itself is prepared by five chefs, all of whom are Brazilian, under the watchful eye of Brazilian head chef Sandra Tome.
The South American flavour extends to the Glasgow venue’s drinks list.
The signature cocktail is the Caipirinha, which mixes popular Brazilian spirit cachaca with lime and sugar, while the 100-strong wine list boasts Brazilian wines as well as bottles from other countries.
Viva Brazil works with merchants Bibendum and Gerrard Seel to source its wines.
“It’s important to use those guys because we don’t like seeing wines that you could see in Tesco or Sainsbury’s, or walk into a pub and see the same wines,” Jaf said.
“So the wines we get from Bibendum are quite specific and not in any off-licence retailers at all.
“And the Gerrard Seel ones are very good.
“They cost us a bit more, but for us the emphasis is on the quality and making sure they’re right.”
The Glasgow restaurant opened its doors earlier this month, helmed by Siddiqi, who will remain in charge until the new year, when assistant general manager Angelo Dominica will take over the day-to-day running.
Dominica, a native Glaswegian-Italian, has worked in a number of family restaurants around the city.

We’re not pretentious; we focus on the quality of the food and service.

“He knows Glasgow inside and out, and a lot of people coming through that door know him on first name terms – it makes a massive difference to have someone like that,” Jaf said.
“We are not from Glasgow, which is why it is so important to invest in a person like Angelo to be a part of the business.”
The new year will see Siddiqi resume his role as operations director, as the company looks to expand further.
Jaf told SLTN he and Aldrich aim to open a further three Viva Brazil restaurants next year, with Edinburgh among the locations currently under consideration.
This looks like one concept which may live long indeed.

The full rodizio at Viva Brazil offers 15 different cuts of meat, including: 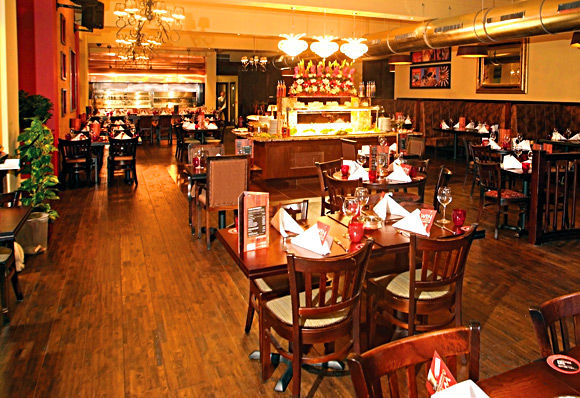