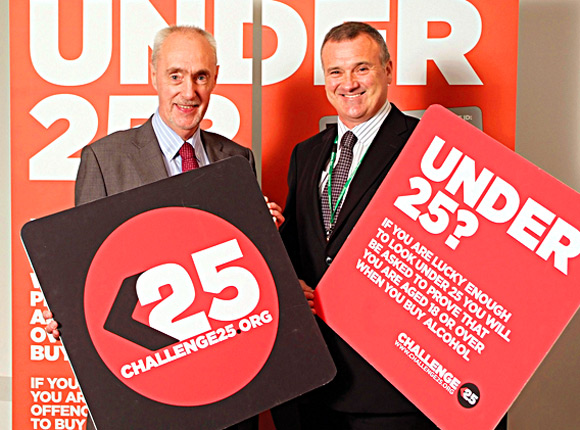 MSPs were briefed on Scotland’s new ‘challenge 25’ age verification law at a special event in the Scottish Parliament.
Hosted by the Scottish Beer and Pub Association, and sponsored by Heineken UK, the event was held to inform politicians about the change, which came into force on October 1 under the Alcohol Act. The development means all licensed premises must have an age verification policy in place that requires staff to ask anyone who looks under 25 for ID when attempting to buy alcohol.
Hugh Henry MSP said: “I fully support the introduction of challenge 25 and commend the SBPA and the wider licensed trade for its efforts in complying with the new laws.”
SBPA president Ken McGown said the trade group’s challenge 25 campaign, for which posters and guides were distributed to thousands of pubs across Scotland, demonstrated the commitment of the SBPA and its members to comply with the law.