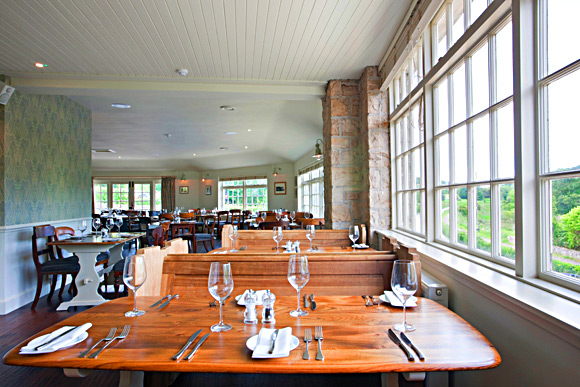 BEING at the helm of the kitchen in the Bridge Inn at Ratho marks a return to familiar ground for recently-appointed executive chef Ben Watson.

The village pub on the banks of Union Canal on the outskirts of Edinburgh was where he began his career some 20 years ago. His father also enjoyed a spell as head chef at the pub in the past.
Ben, who was previously executive chef at Howies restaurants in Edinburgh, may have returned to familiar territory, but he would be forgiven for not recognising his surroundings.
Owners Graham and Rachel Bucknall, who acquired the pub in January 2010 for a “large six-figure sum”, have carried out a root and branch refurbishment of the Bridge Inn over the past six months, spending a claimed £500,000 to revamp the entire property.
Graham admits it was a daunting project – not least because it represents the couple’s first foray into the licensed trade.
But it seems the Bucknalls, who have lived in Ratho for the past nine years, are not easily deterred.
Having picked up the keys in a snowy January 2010, their first day of trading comprised just a handful of covers.
“The Champagne we had on ice that day stayed on ice,” Graham told SLTN.
“But we knew the pub and we had often thought about what we would do with it if it was ours.
“Ratho is a big village and it’s the only pub, it has a fantastic location next to the canal and close to Edinburgh, and it had been successful before, so that was a good sign.”

We knew the pub and we had often thought about what we would do with it if it was ours. It has a fantastic location.

Opting to trade the Bridge Inn as it was for the first year, the couple carried out refurbishment work on the inn’s two barges (The Pride of the Union and The Pride of Belhaven), which can each accommodate 40 diners and offer regular lunch and dinner cruises as well as being available to hire for functions.
Then, in December 2010, work got underway on the main building.
Drawing inspiration from pubs in other parts of the UK and Australia, where they lived for a time, Graham and Rachel had a clear vision of the type of outlet they wanted to create – a friendly pub offering good beer and home-cooked food.
Using Edinburgh-based designer Sarah Whitby and Dalmeny-based Hay Builders, the Bucknalls gradually put their own stamp on the Bridge Inn, largely trading throughout as different phases of the project were completed.
Muted colours have been used to create a light and airy feel in the bistro, which has views of the canal and surrounding countryside; and a new bar was created. Upstairs, a former flat has been transformed into four individually-designed bedrooms. 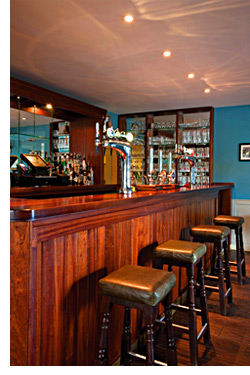 Externally, the building was re-roofed and painted, and a canal-side terrace built.
Graham said the six-month revamp has created an atmospheric country inn.
“We shut for a week in January but apart from that we traded around it,” he said.
“It was difficult – at times we only had half the building open. But by June the internal work was done, the terrace was finished and the building was painted. It looks great.
“We wanted somewhere that would attract locals and was also a genuine destination venue.”
Graham reckons food plays a key role in attracting people from far and wide.
Menus are anchored around seasonal local ingredients, including home-grown herbs and vegetables and locally-sourced game. Dishes on the menu include Loch Duart organic salmon, Dornoch lamb, rare breed Saddleback pork and Borders steak.
Graham said the appointment of Ben as executive chef will help the Bridge Inn “raise its game”.
“We want to put the Bridge Inn back on the map in Scotland as a true destination restaurant,” he said.
“We have an excellent team already in the kitchen and work with some great local suppliers.
“Ben’s appointment will complete the team we need to create consistently delicious and innovative food.”
And the focus on local produce isn’t restricted to the kitchen.
The new bar stocks a range of cask ales sourced from local breweries and a range of malt whiskies; there’s also an extensive wine list designed to offer value.

We want to put the Bridge Inn on the map as a true destination venue offering a warm welcome, great beer and home-cooked food.

The Bucknalls have also introduced a range of entertainment, including live music and quiz nights.
And the couple have been hard at work getting to grips with all that’s involved in running a business in what was a new industry to them.
“We’ve been very hands-on and we’ve done every job in the pub to gain experience,” added Graham.
“We’ve put our heart and soul into this and we’ve spent a lot of money, which we knew we would.
“I’m not sure yet whether we’re the husband and wife that took over the local or whether we’ll do more. We’ll wait and see.” 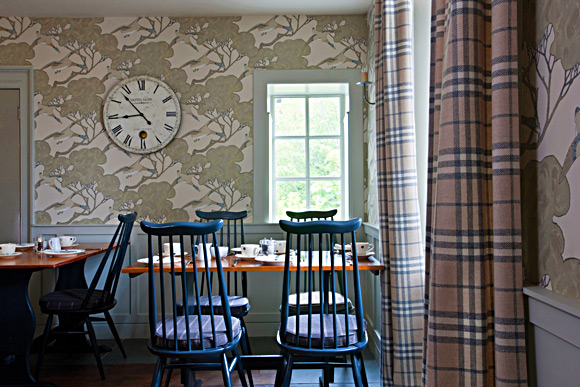 Images: The Bridge Inn at Ratho.