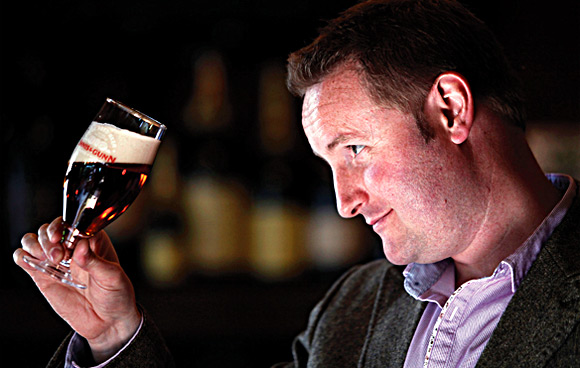 EDINBURGH-based beer firm Innis & Gunn last week reported a 20% rise in turnover in 2010 thanks to a “seven-figure” investment in the business.

In figures filed with Companies House, the company, whose brands include Innis & Gunn Original, Blonde and Rum Cask, confirmed turnover had risen to £5.2m last year, on global case sales of 544,535.
And the growth is said to have continued even more impressively into its current financial year – turnover was up 64% between January and August, – meaning sales have already surpassed last year’s tally, before the lucrative Christmas and US holiday season periods.
Innis & Gunn attributed its healthy position to a raft of structural changes made to the business throughout the year. These included the formation of Innis & Gunn USA, a wholly-owned sales and marketing function in North America, and a new import operation across the Atlantic.
At home, the UK sales operation was brought in-house, with a new UK director of sales appointed to manage sales and distribution; a small sales and administrative team has since been assembled.
In other moves, the firm’s financial accounting and reporting has also been brought in-house, investment has been made in IT systems and head office staff have moved to new premises in central Edinburgh.
Commenting on the results, managing director Dougal Sharp said the strong performance had been boosted by Innis & Gunn “going down an absolute storm in the States”, where craft beer represents some 16% of the overall beer market.
“Innis & Gunn clearly tickles their tastebuds and there is every chance the US could become our biggest export market in the not too distant future,” he said.
“The US has just surpassed one million bottles sales in only 12 months of trading – a real landmark for our business.”
Exports constituted the bulk of sales, accounting for £3.9m (75%) by value in 2010.
Sharp said the “relative weakness of sterling” had produced “favourable trading conditions” in its key markets.
New permanent listings in Canada, the US and Sweden for Rum Cask are also credited with building the brand’s profile and sales in the off-trade, reducing the firm’s dependence on its Original variant, and limited editions have performed well in those markets.
“We’ve been absolutely blown away by how well Rum Cask has performed,” Sharp said.
There was also progress to report on the domestic front.
Some 2000 retail listings have been gained since the UK sales operation was brought in-house last July, with sales director Crawford Sinclair describing the opportunity in the home market as “huge”.
The firm said it enjoyed growth in the order of 30% in the off-trade last year.
The UK on-trade has also been identified as an area of growth: January’s draught launch of Innis & Gunn has had a “huge impact on sales” and the on-trade is now said to be the fastest growing segment of its overall business.
“We have really enjoyed the challenge of getting our UK business off the ground and we are building some solid momentum,” Sinclair said.
“Consumers’ thirst for differentiated beers with provenance and authenticity is clearly reflected in our sales growth.”
Innis & Gunn was formed in 2003 as a joint venture with William Grant & Sons and became independent, through a management buyout, in 2008.