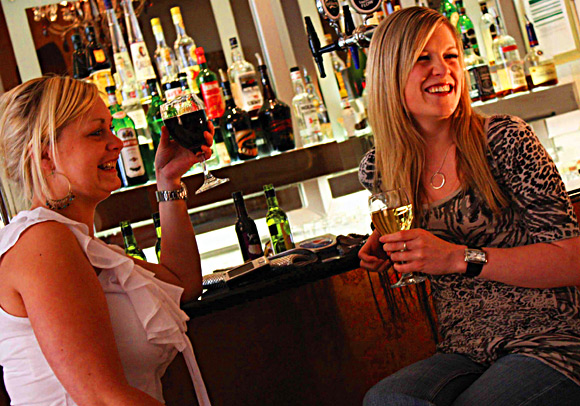 TASTES are changing in the Scottish wine market, as consumers embrace a wider selection of old world wines, merchants have told SLTN.

Although the popularity of Italian Pinot Grigio shows little sign of waning, consumers are said to be branching out to new grape varieties from Italy and fellow old world nation France.
“We’re seeing more and more people discovering aromatic white grape varieties, moving on from the ubiquitous Pinot Grigio to things like Vermentino and Fiano,” said Ben Smith, communications manager at supplier Enotria.
“These offer the fruit-forward quaffability of new world wines but with a little more subtlety, and they match really well with all sorts of foods too.”
Tarquin de Burgh, sales director at Inverarity Vaults, said although Pinot Grigio is the “default white wine” for many people on a night out, consumers are beginning to migrate towards wines from countries like France and Chile.

Consumers are moving on from the ubiquitous Pinot Grigio to aromatic white grape varieties.

“What we’re seeing emerge in the wine trade is a migration back to Europe, and Chile is pretty hot at the moment too,” he said.
“Producers in France have really started to raise their game and are coming out with some fantastic wines, which are appealing to the consumer because they’re being more experimental but using grape varieties that people understand.”
Frances Bentley, who heads wine development for Matthew Clark in Scotland, has also witnessed an increased demand for French wines north of the border.
“This could be due to people wanting to revert to classics, or because of perceived value of old world wines,” said Bentley.
“White wines are continuing to dominate the on-trade market. Grape varieties including Pinot Grigio and Sauvignon Blanc are the big players still, but we are seeing an uplift in grapes like Albarino, Cortese and Viognier.”
Bibendum said, when it comes to wine, tastes vary across the trade.
Although Chardonnay, Grenache and Pinot Noir are said to be growing in popularity north of the border, the firm’s Gareth Groves said trends among Scottish consumers vary across different types of outlet.
“Our analysis of Scottish consumers tells us that different countries’ wines sell well in different sectors of the market,” he said.
“In the pub channel, Chile performs very well, albeit with traditional ‘French’ varietals such as Merlot, Cabernet Sauvignon and Sauvignon Blanc. In hotels, South Africa does disproportionately well.
“In restaurants, classic old world countries such as France and Italy are selling very well. The latter is driven partly by strong continued demand for Pinot Grigio, and partly by the expansion of the Italian restaurant sector.”

Wines from old world countries like Italy and France are selling well in restaurants.

Vicky Lee, trade and marketing controller at Continental Wine & Food, said compiling a wine list that caters for a wide range of tastes – and also complements an outlet’s food offer – is key to boosting sales.
Mediterranean-style menus, she said, should be paired with Italian white wines such as Vermentino or Sauvignon and red wines like Montepulciano or Negroamaro. “In selecting the right wines, remember they must perform as ‘all rounders’ to fit as many occasions and tastes as possible and if you offer food, they must complement the nature of your menu,” added Lee.
The festive season is reckoned to be a good time for operators to try new wines on their list.
Alastair Allan, wine development manager at WaverleyTBS, advised listing a dessert wine by the glass over the festive season.
“It’s a great margin maker and will be a real selling point on your list,” he said.
“Don’t forget Port; it always sees a huge hike in demand in the off-trade so why not try and capitalise on this during the festive period with Port by the glass?”