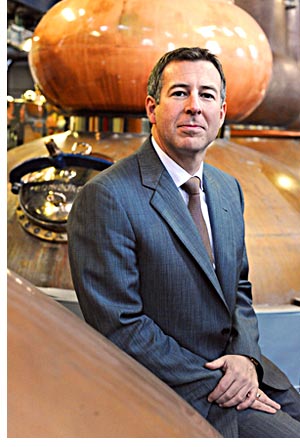 The firm, which also produces the Bunnahabhain, Tobermory and Deanston malts, posted a gross profit of £18.3 million in the year to December 31, 2010, up from £17.2m the previous year. Net profit at the distiller more than doubled, from £1.2m to £3.7m, in the year.
The results were said to have featured a “particularly strong” performance in the UK as well as in export markets, with “notable success” delivered in Taiwan, the US and the Baltics.
It was also a year which saw the firm repackage its malt portfolio and switch to producing un-chillfiltered malts – a move which bolstered sales of its Bunnahabhain, Tobermory, Deanston and Ledaig brands.
Burn Stewart, which in addition to its head office and bottling hall in East Kilbride has blending and warehousing facilities in Airdrie, added to its portfolio in the financial year, taking on the distribution and marketing rights for Angostura’s bitters and rums in Europe, the Middle East and Africa.
Managing director Fraser Thornton said the firm continued to invest in its staff and facilities, with the £400,000 spent in the 2010 financial year taking the total for the past three years to £2.4m .
Capital investment scheduled for the next three years includes the creation of a new visitor centre at the Deanston distillery in Doune, Perthshire, which is scheduled to open next spring.
Thornton said the distiller, ultimately part of CL WorldBrands, will continue to focus on developing and growing its portfolio.
“We have enjoyed another year of growth and have opened up new markets as well as continuing to build brands in existing markets,” he said.
“Our bold move to un-chillfiltered malts has excited our consumers and the trade and has allowed us to provide a niche offering to those consumers who want to explore.
“The investment at Deanston will allow us to develop a new brand experience for consumers and invest in the heritage of the Deanston brand.
“We believe the future is very positive for the Scotch whisky industry and we look forward to continued growth across our entire brand portfolio.”