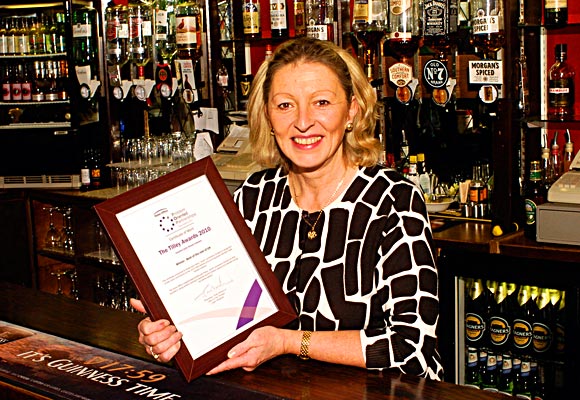 A HAMILTON leaseholder has called on the UK Government to act decisively on the latest report by MPs into pubcos.

Westminster’s Business Innovations and Skills Committee last week slammed the pub leasing companies for failing to “deliver meaningful reform” – despite its latest report being the fourth by MPs in the past seven years.
The committee was critical of the “glacial pace” of progress made by the industry on its previous reports and urged the government to consult on putting the voluntary code of practice between pubcos and tenants on a statutory footing.
The British Beer & Pub Association claimed such a move would “pile more costs on to pubs and lead to more closures”. But according to Lynn Adams, tenant of Belhaven pub The George in Hamilton, a statutory code is the minimum requirement for leaseholders.
“While I don’t think the code of practice goes far enough, it is a step in the right direction,” Adams told SLTN.
“If we get that in place it at least gives us a platform to push for all things we feel are fair to the trade.”
Adams, a long-standing critic of the prices pubcos charge for beer through the tie, described the MPs’ report as “long over due and a huge step in the right direction”.
“I just hope they don’t take as long to get the legislation through as it’s taken them to get to this stage,” she said.
“I welcome their comments; they’re pretty damning on the pubcos, I would say.
“I just hope the government takes it on board and get this legislation in place.
“I’m quite sure there’s going to be more consultation over that; we need to make sure it’s done speedily.
“It will force the pubcos to take a long hard look at themselves.”

MacLean awarded an MBE for services to Scotch